Are Changing Temperatures Behind Mercedes’ Struggles This Season? – WTF1
Skip to content
×
Formula 1

Are Changing Temperatures Behind Mercedes’ Struggles This Season?

Last time out in China, track temperatures increased by a colossal 25 degrees for the race on Sunday, coinciding with Hamilton’s post-race comments that acknowledged a significant drop-off in performance. Is the W09 proving to be a difficult car to work on in terms of reactive setup adjustments to changing track temperatures?

Air temperature is not the issue for the team given that this concerns power unit elements, but when the tyre’s ideal operating window changes due to changing track temperatures, Mercedes could be struggling.

F1’s Chief Technical Officer and former Renault and Williams man, Pat Symonds, believes the issue is a legacy of Mercedes’ early problems as a team. Prior to the hybrid era, the drivers would qualify well but rapidly drop back as the rear tyres rapidly wore out. Symonds thinks this could be why the team has been less dominant over the last year and a bit as other teams have caught up and exposed Merc’s weakness. He said:

“If you look back at the recent history of Mercedes, one thing that they’ve never quite got on top of is tyre management. We saw it a lot in the pre-hybrid era when they didn’t have the engine advantage they enjoy now. Then, if they didn’t get their tyre quite right, they didn’t have great races. I think things were masked from 2014 to 2016, simply because they had this big power advantage.”

Mercedes released a press release on the subject of tyres earlier this week in the build-up to Baku which does seem to indicate that this may be the issue:

“F1 tyres have a very narrow operating window – the sweet spot being where they are at the peak of their performance in terms of grip levels. Operating below this window doesn’t produce the same levels of mechanical grip or performance, while being above it can cause performance to drop and increase tyre wear. Missing the optimum tyre operating window by a few degrees can cost a tenths of a second in a lap time.”

“It gets a little trickier when there is a large difference between conditions on Saturday and Sunday, because the regulations don’t allow for changes to be made to cars between qualifying and the race. A forecasted temperature swing between Saturday and Sunday makes this process a bit more challenging as the teams have to keep Sunday’s conditions in mind as they prepare the car for qualifying on Saturday.”

Of course, temperature changes are the same for all teams, but is this Mercedes’ core issue being outlined in plain sight? Maybe contrary to the belief that consistent warm or cool temperatures indicate advantage or weakness, is it actually interchangeable conditions that make it difficult for Mercedes?

Track temperatures aren’t expected to change as drastically over the Azerbaijan weekend as they did in Shanghai, but it is expected to get a bit cooler on Sunday. This could force Mercedes to run a setup for these conditions in the warmer qualifying session, but the team would surely rather concede pole position than the race win it is still seeking this season. 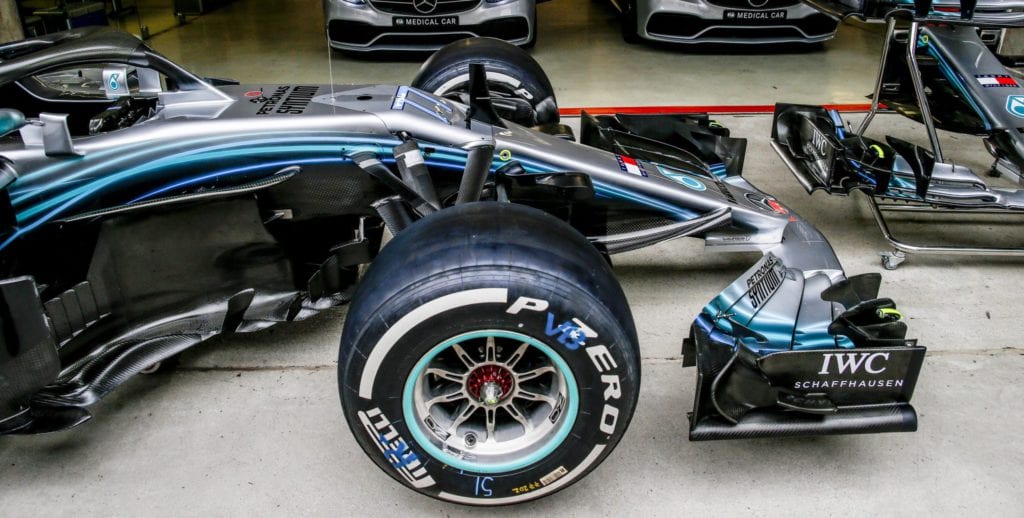