Are Mercedes Really In Trouble After F1 Testing?

Is it finally over? Are the seven years of domination from Mercedes coming to an end? It could be that way because testing in Bahrain has been rough. Really rough.

Mercedes have spent every session of testing this year dealing with a car that seems determined to go the wrong way.

Every run was a handful, with the car’s rear stepping out of line seemingly from corner to corner. It took all the skill of Lewis Hamilton and Valtteri Bottas to even string some laps together without going wide or spinning the car, which happened a lot.

Day 1 was not an easy start as Valtteri only got six laps on the board after a gearbox issue before a sandstorm disrupted Lewis’ session. The laps he did do were not easy but would have been a great audition for a rallying seat.

A spin into the gravel disrupted running for @LewisHamilton and @MercedesAMGF1, but they were back up and running soon after 👍#F1 #F1Testing pic.twitter.com/bmTXFa84YD

The morning of day 2 seemed a bit better, and they actually got out on the track. Nevertheless, the handling troubles were still there, and Lewis couldn’t hold on. The car ended up beached in the Turn 13 gravel trap bringing out the red flags. Valtteri had an easier time in the evening session and finished the day in first place, but the car was still scruffy.

Now, you would expect by day 3 that Mercedes would be in their best position yet. They have two days of running under their belts and can now start to fine-tune a few things as the first Grand Prix gets closer. Yet, the car still looked woeful.

Mercedes were clearly pushing and were running through the programmes they wanted to, doing performance runs at the same time as the other teams.

However, Lewis was having to really fight the car more than ever and looked ragged on every run going very wide very often and spinning the car as he booted it to start a flying lap.

In the garage next door sat Red Bull, with a car that looked way more user friendly than the Mercedes. Max Verstappen appeared extremely confident to set faster and faster laps, which he did.

The @Aramco Pre-Season Test in Bahrain has officially come to an end 🇧🇭@Max33Verstappen was the fastest overall, with a lap time of 1:28.960 🚀#F1 #F1Testing @redbullracing pic.twitter.com/wwcDMCYYoZ

At the end of the test, Mercedes had the fifth-fastest time, a 1:30.025 from Lewis’ final runs, over a second behind Max, who topped the test with a 1:28.960. Although times during pre-season testing mean nothing, it’s still a chunky gulf from the performance runs. Yikes.

Merc’s mileage wasn’t great either, with the duo of Hamilton and Bottas completing just 304 laps. The fewest of any team at testing.

To put that into context, AlphaTauri and Alfa Romeo both clocked 422 laps each. Lewis and Valtteri were 16th and 18th on the overall driver lap count. Seeing them that far down is just alien.

A busy test for all 10 teams, with over 3⃣0⃣0⃣0⃣ laps completed across the three days! #F1 #F1Testing pic.twitter.com/mQUEiTvexI

These figures are really not good form for them.

They properly need to knuckle down over the next two weeks to make sure they know what has caused the W12’s issues. It could be as simple as a setup anomaly! Despite this, three days of running with little improvement indicates it’s a much bigger issue.

The word is that Mercedes are sandbagging and that they never show their hand in testing because it only matters on the race weekend. They’ve always been like this. In the past seven seasons, they have only topped testing twice, in 2015 and 2020. Not even in the ‘oh so dominant’ 2014. No, that year, Williams sat at the top of the timesheets, believe it or not.

Lewis heads out for a qualifying run, but spins on the final corner 🔁#F1 #F1Testing pic.twitter.com/W47XMYqbzG

However, the difference between those years is obvious because then the testing went really well. Mercedes mileage was so much better than everyone else that they started the trend for changing drivers halfway through the day because Lewis and Nico Rosberg needed a break!

They knew they were running such a nice car, so there was no point chasing a lap time. Even when testing has been not so amazing, they have practice in turning it around.

In 2019, the Silver Arrows basically brought a whole new car for the second test and took pole in Melbourne by six tenths, after everyone had said Ferrari would walk it.

There is no reason why they won’t do the same this year and will have fixed these issues by the first race and will blitz Red Bull. There is so much more to come from this, and if Mercedes aren’t fighting for the win at the first race, then we should start going crazy.

Yes, testing has been bad. But that is just one story; the story of the season will be incredibly different.

Perhaps the new AMG stickers are to blame?

Do you think Mercedes will bounce back from this? Let us know in the comments below. 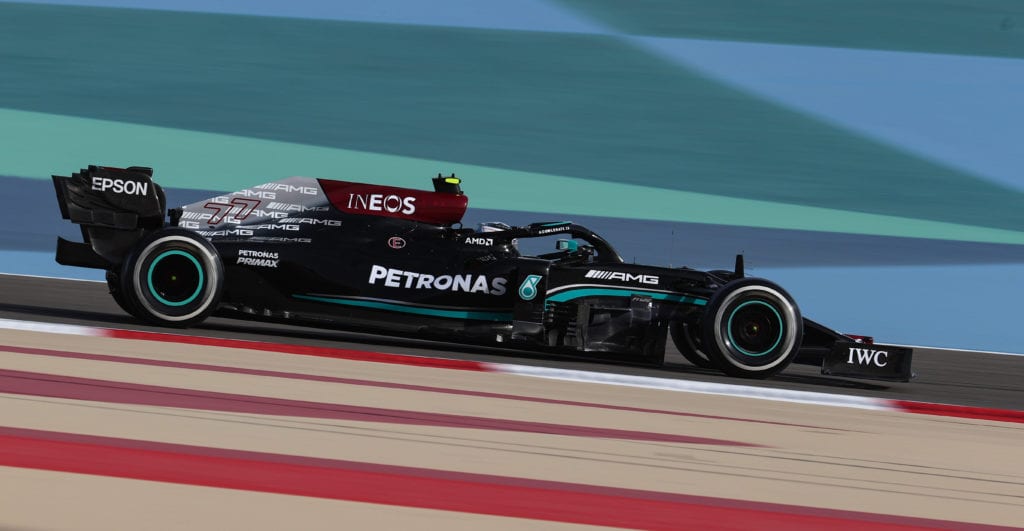