When the Aston Martin livery was first presented at the start of the season, many F1 fans fell in love instantly. It looked smart and sophisticated, and the paint job looked incredible. Fast forward to seeing the car on track at pre-season testing, and uh… well, it looked a bit shit.

Although Aston Martin had the right intentions and stuck to their traditional ‘British Racing Green’ colour scheme, the dull-ish livery didn’t translate well to a race track. Instead, it just kinda disappeared into the background, especially during a night race like in Bahrain.

Of course, before being Aston Martin, the team was formerly known as Racing Point and had a very bright livery.

We’ll be straight with you. We really miss the ‘BWT’ pink of the Racing Point cars. In a grid filled with so much blue, black and white, we’re desperate for a bit of colour to brighten things up.

We’re not alone with this either. BWT’s CEO also said to Speedweek that his “heart was bleeding” after Aston Martin binned off the pink paint job. Alright, so the BWT boss might be a little biased as the cars were basically an advertising board for his water treatment systems company, but we still miss those baby pink cars.

It turns out Aston Martin also agrees that the cars don’t stand out when shown on the TV.

“The green colour suits us, that’s for sure,” Aston Martin’s CEO, Otmar Szafnauer, said to the media during the Austrian Grand Prix build-up. “It’s a stunning colour in the sun and when you’re looking at it in person.

“I believe we should be looking at making it pop a little bit more on television – without losing the green when you’re looking at it and it’s outside.”

So, we won’t be getting another completely pink livery on the Aston Martin any time soon, but perhaps they could make the switch to the lime green that they have commonly used in their GT classes during endurance races?

We know that light green was initially meant to be used on small sections of Aston Martin’s F1 car until BWT decided last-minute to sponsor the team, and instead, those pieces of the car became pink.

“I don’t know if we can do that,” Szafnauer continued when talking about a livery change, “but that’s one thing that we’re looking to do. Just to make sure that it differentiates itself on TV from some of the other darker cars.”

Did this last year on GT Sport 😅 pic.twitter.com/nf9lMT2MvQ

Do you think Aston Martin should look at changing their livery, or should it stay the same? 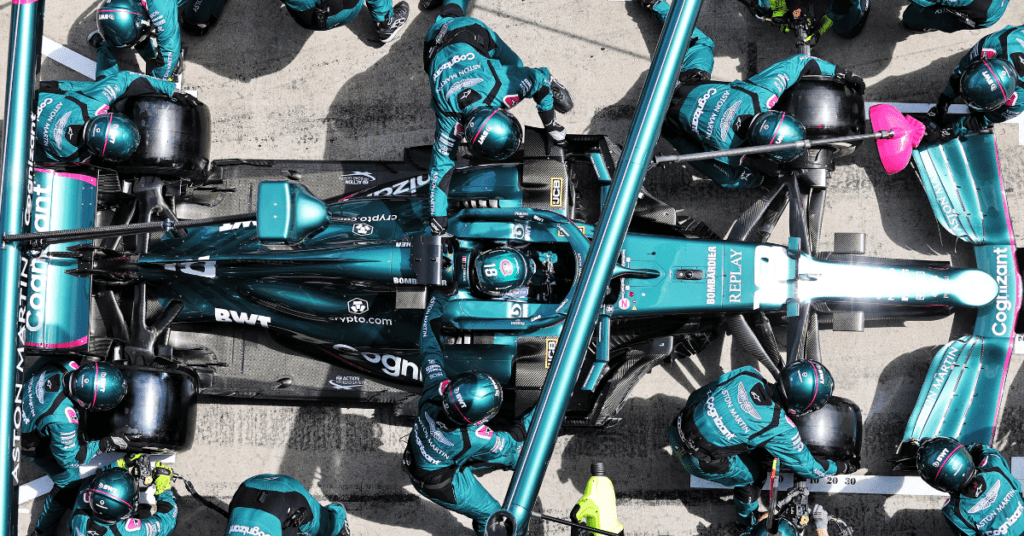