Aston Martin Will Return To The Top Class Of Le Mans With The Newey-Designed Valkyrie – WTF1
Skip to content
×
Endurance , News

It’s hardly the most surprising news. The 6.5-litre, Cosworth V12-powered Valkyrie is almost exactly the sort of vehicle the WEC has been targeting with its hypercar regulations, which are being introduced for the 2020/21 season in the wake of the current LMP1 regulations turning out to be a bit prohibitive – both in terms of competition and costs.

The Valkyrie was designed in conjunction with Red Bull Technologies, with Adrian Newey having plenty of influence over the car’s aerodynamics, which is sure to make it competitive with whatever cars its rivals end up building.

Aston will make its debut in the class with “at least two cars” when the new regulations come into play in 2020, culminating with the brand’s return to the top flight at Le Mans for the first time since the ill-fated AMR-One in 2011. Aston Martin Vice President and Chief Special Operations Officer, David King said:

“The FIA World Endurance Championship and the 24 Hours of Le Mans represent the ultimate challenge for the Aston Martin Valkyrie – the world’s most extreme hypercar. Designed and built with the purpose of pushing boundaries on the road, it’s natural to conclude that the next stage in its development would be to measure its capabilities on the track. I can think of no better way to do that than to compete in a world championship and the most prestigious and famous race of all.”

It’s excellent news – not just because a naturally aspirated V12 will sound incredible blasting down the Mulsanne, but because there were some question marks over the new category. It’s already gone through multiple regulation changes and even though there’s been manufacturer interest, none had committed to a programme for a worrying amount of time. There were suggestions that the class could be changed again in favour of an IMSA-style, DPi-based system, delayed for another year, or potentially even scrapped altogether.

Aston Martin’s commitment could well inspire others to take the plunge, too, with Toyota and McLaren the most likely candidates. The ByKolles team has already said its going to build it’s own hypercar for the rules, but based on their performances under the current regulations, that’s not something to get massively excited about… 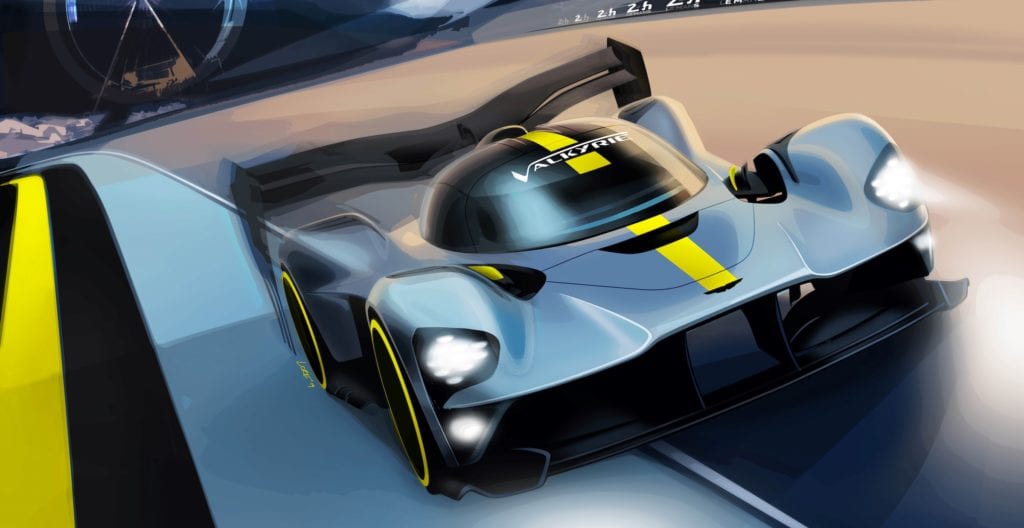