Thanks to clever engineering and the help of the ‘Balance of Performance’ which is prevalent in GT racing, the Aston Martin Vantage has been able to compete – and win – in the World Endurance Championship for many years. Who can forget the thrilling class victory at Le Mans earlier this year?

With a new Vantage road car in the works for 2018 however, Aston Martin Racing has also taken the opportunity to build a new GTE car ready for next year’s assault on the World Endurance Championship.

Footage of the car testing at Rockingham was recently revealed by Sportscar365, and though you can’t see much thanks to the camo livery, one thing is for sure – it sounds epic.

The upcoming Vantage roadcar is going to feature a turbocharged AMG V8 engine and its suspected that a similar powerplant lies under the bonnet of its new GTE car.

It surely won’t be long until we get an official reveal of the car as it has to be submitted to the FIA for Balance of Performance testing later on this month. 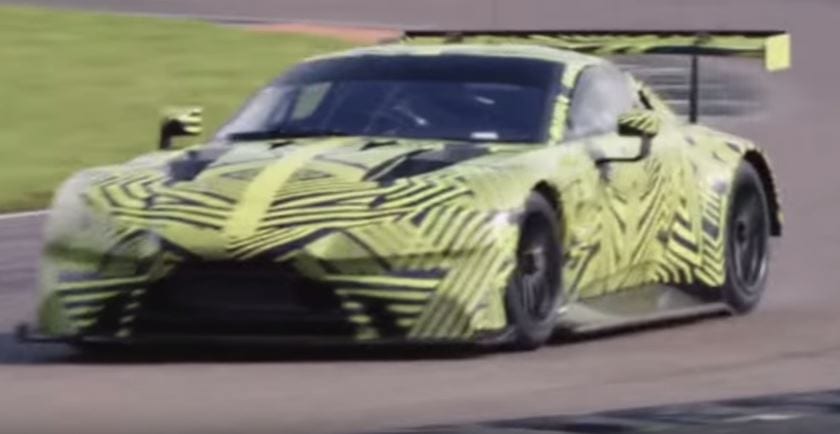