The new Aston Martin Vantage road car was revealed earlier today but now it’s the turn of the GTE version that will race in next year’s World Endurance Championship and boy is it a stunner!

The car succeeds the V8 Vantage that won its class at the 24 Hours of Le Mans twice, including this year’s race in what was its final year of competition.

But enough talk, you just want to see more of this incredible looking car right?

As well as the face lift and a striking new lime green livery, change also comes in the technical partners with Aston using Alcon brakes, Ohlins suspension and Michelin tyres for the upcoming WEC season.

What hasn’t changed much is the driver line-up for 2018, with GTE-Pro Le Mans winners Darren Turner and Jonny Adam staying with the team, as well as 2016 WEC GTE-Pro champions Nicki Thiim and Marco Sorensen. There will also be a new addition in 2014 GP3 champion and current Formula E driver Alex Lynn. 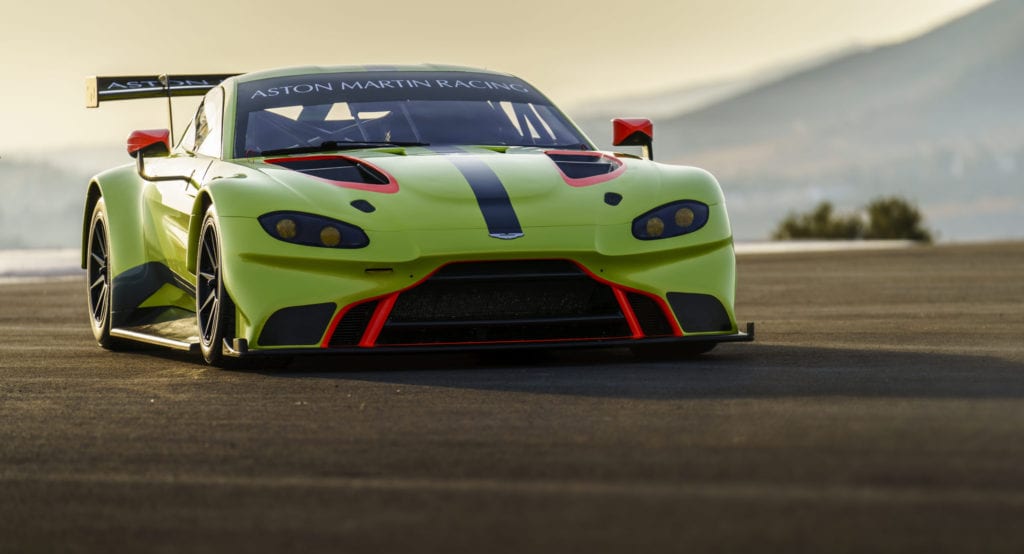