If there are any drivers still out there who haven’t got the message that their conduct in official sim racing events can have real-world consequences, they almost certainly will have now.

Over the weekend, Abt decided to try and boost his lowly results in the Formula E Race At Home Challenge by getting professional sim racer Lorenz Hoerzing to drive in his place. He attempted to cover up the ruse with cunningly-timed connection issues and a well-placed microphone on his live camera feed, but it didn’t work. Some of his fellow drivers worked out exactly why he was suddenly a front-runner, organisers checked his IP address and learned that Abt wasn’t the driver racing his car, and he was subsequently disqualified from third place and forced to make a €10,000 donation to charity.

It looked like being the end of it – Abt had cheated, got found out, apologised for it, and accepted the punishment. It was a silly thing to do, but arguably nowhere near as bad as the actions of Santino Ferrucci and Simon Pagenaud in the IndyCar controversy, and that seems to have faded into insignificance.

The Audi Sport ABT Schaeffler team – who Abt drivers for in Formula E and who he was representing in the virtual world – has released a statement saying that he’s been suspended from the team.

“Daniel Abt did not drive his car in qualifying and the race at the fifth event of the Race at Home Challenge on May 23 himself, but let a professional sim racer do so. He directly apologized for this on the following day and accepted the disqualification.

“Integrity, transparency and consistent compliance with applicable rules are top priorities for Audi – this applies to all activities the brand is involved in without exception. For this reason, Audi Sport has decided to suspend Daniel Abt with immediate effect.”

Gulp. ‘Suspension with immediate effect’ is normally a precursor to a full-on sacking, and according to The Race, that’s essentially what’s happening: a driver has been dropped from his real seat because he cheated in a sim race.

It sounds utterly crazy, but it shouldn’t be surprising. Abt was representing Audi in a professional capacity, breached the brand’s guidelines, and has been punished. It’s no different to if, for instance, a factory Audi driver who raced across multiple championships attempted to personally cheat in a DTM race, and was subsequently dropped from his Audi racing activities in a GT3 series.

27-year-old Abt was famously part of the epic GP3 title decider at Monza in 2011 between himself, Mitch Evans, and Antonio Felix da Costa (both of whom also race in Formula E) where he ended up losing out to Evans by just two points. After a couple of underwhelming seasons in GP2, he ended up driving for Audi in the inaugural Formula E season in 2014, won two races in 2018, and is one of four drivers to have competed in every Formula E race so far.

It seems like that record may be coming to an end when Formula E eventually resumes this year. 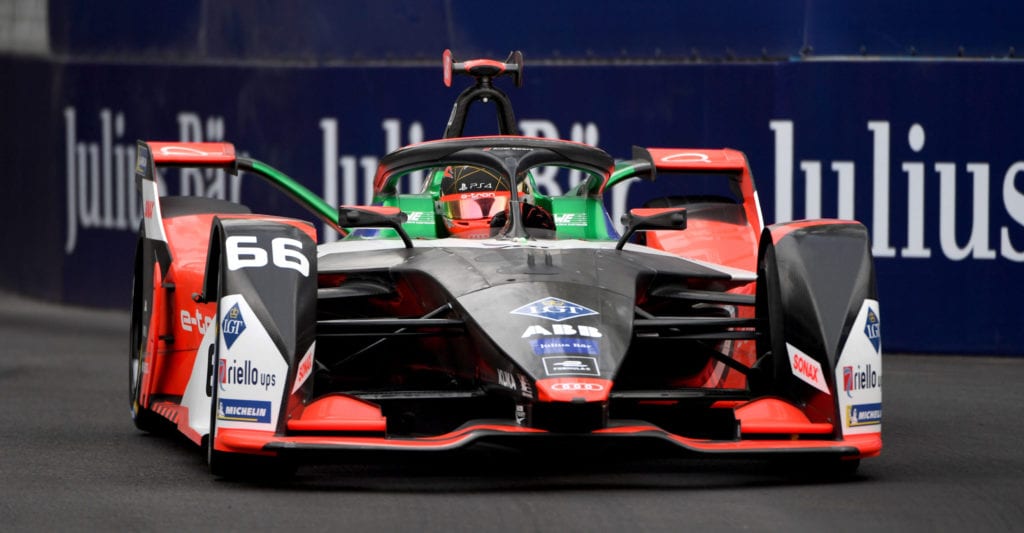