Audi Is Quitting DTM Due To The Coronavirus – WTF1
Skip to content
×
News , Touring Cars

Audi Is Quitting DTM Due To The Coronavirus

Despite the awesomeness of the rules convergence with Super GT, DTM has been struggling a bit in recent years. Mercedes pulled out of the series at the end of 2018 and their effective replacement, four Aston Martins run by R-Motorsport, dropped out after just a single year in 2019.

That left 2020 with a slightly sorry-looking 16-car grid made up of Audis and BMWs – or at least, it will do, once racing is able to resume again.

Typically seen as an important series for the big German manufacturers, these days it unfortunately seems to be the first one on the chopping block when they look to scale down their racing operations; Mercedes’ withdrawal was partly motivated by the need to focus on its new Formula E team. Now, Audi is following suit.

In a statement, Audi chairman Markus Duesmann admitted that the desire for the brand to focus on programmes such as Formula E was part of the reason behind the decision.

“Audi has shaped the DTM and the DTM has shaped Audi. This demonstrates what power lies in motorsport – technologically and emotionally. With this energy, we’re going to drive our transformation into a provider of sporty, sustainable electric mobility forward. That’s why we’re also focusing our efforts on the race track and systematically competing for tomorrow’s ‘Vorsprung.’ Formula E offers a very attractive platform for this. To complement it, we’re investigating other progressive motorsport formats for the future.”

Interestingly, the announcement also mentioned that the knock-on effect from the Covid-19 pandemic was a factor:

“On its way to becoming a provider of premium mobility with a carbon-neutral footprint, Audi is realigning the brand’s motorsport program: The four rings will not extend their commitment in the DTM touring car racing series beyond the 2020 season. The management board of Audi AG made this decision also in light of the economic challenges due to the corona pandemic […]”

If it’s making a huge manufacturer like Audi reassess its motorsport activities, you have to wonder how it’s affecting smaller teams across the world of racing – and whether or not Audi will prove to be the first of many that have to quit championships.

It also brings into question the future of DTM. Audi has been a part of the series since its re-inception in 2000, and also raced in the previous incarnation of the championship in the early 90s. With no Mercedes and now no Audi, you have to wonder whether BMW will see the point in continuing with what will effectively be a one-make series as it’s extremely hard to imagine any other manufacturers starting a DTM programme.

Series boss Gerhard Berger admitted the challenges in response to the Audi news, saying he was “disappointed”:

“Today is a difficult day for motorsport in Germany and across Europe. I deeply regret Audi’s decision to withdraw from the DTM after the 2020 season.

“While we respect the board’s position, the short-term nature of this announcement presents ITR, our partner BMW and our teams with a number of specific challenges.

“Given our common association, and the particular difficulties we all face during the Covid-19 pandemic, we would have hoped for a more united approach. This decision worsens the situation, and the future of the DTM now very much depends on how our partners and sponsors react to this decision.” 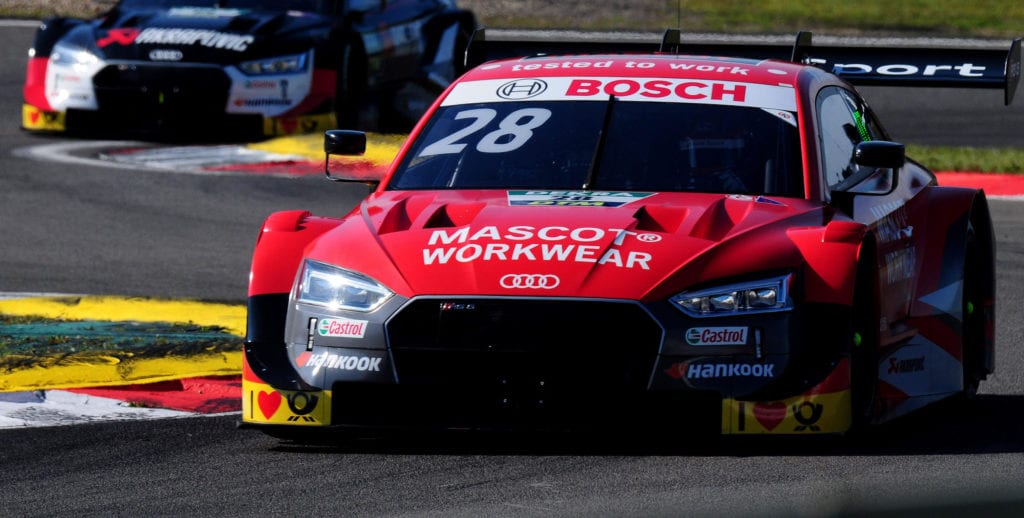