Audi Will Withdraw From The World Rallycross Championship At The End Of This Year – WTF1
Skip to content
×
News , Rallycross

Audi has been involved with World RX since the championship’s inception in 2014 as part of Mattias Ekstrom’s EKS squad. Ekstrom and the team won both titles in 2016 and then received the full backing of Audi Sport ahead of the 2017 season but, at the end of 2018, Audi is withdrawing its support. Audi Sport boss Dieter Gass told Autosport:

“Audi will not take part with a factory involvement in any future rallycross. We have decided to carry on Formula E and DTM, and, at the end of the day, it’s a matter of the amount of big programs that we can afford and work on at the same time.”

The news comes off the back of the announcement that World RX is postponing its decision to go all-electric until 2021. Audi was a part of those discussions and although the squad is withdrawing for now, Gass said that it could well return in the future:

“I still think rallycross is a very interesting concept, we will keep on looking at it and then we will make a decision. Obviously it’s too early to say yes we will, but we will keep an eye on the situation for sure.” 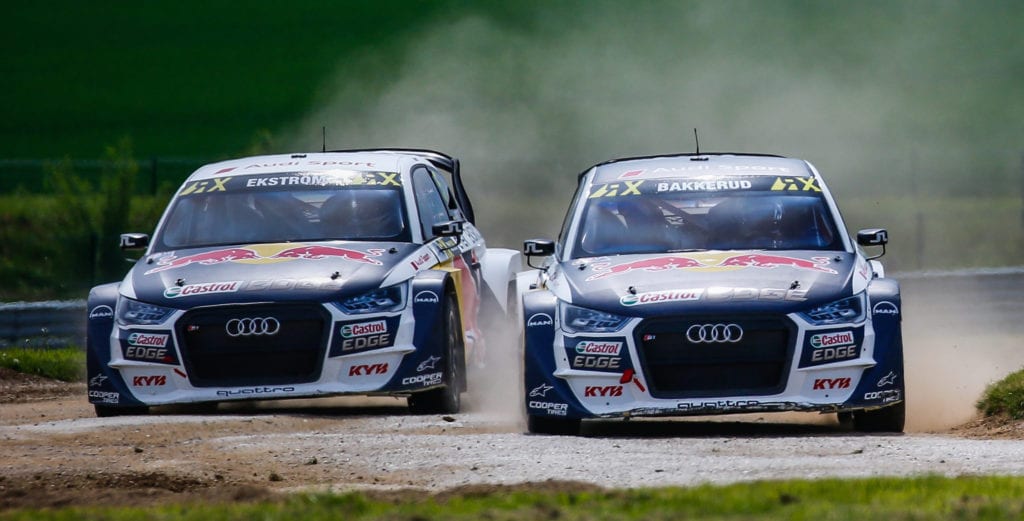