Saturday’s Nations Cup was kinda business as usual – Team Germany vs Team Nordic in the final, with Tom Kristensen and Johan Kristoffersson beating Sebastian Vettel and Mick Schumacher to the crown. There were a few surprises, like sim racer Enzo Benito beating Formula E champion Lucas di Grassi, but as days at the Race of Champions go, it was fairly standard stuff.

The individual competition, however, featured more shocks than a battery licking contest. Last year’s winner David Coulthard was out in the group stages, as was Vettel, who was even beaten by Schumacher along the way.

Kristofferson found it almost impossible to be beaten in a rallycross car last year and yet, 19-year-old IndyCar driver Pato O’Ward – one of the stars of the event – got one up on the double World RX champion. In a rallycross car.

Schumacher, so impressive throughout the competition, was then beaten by Esteban Gutierrez. Five-times runner-up Kristensen was beaten by Duval, while Pierre Gasly was knocked out by Benito Guerra. ‘Who?’ I hear you ask? Well, Guerra is a rally driver who won the 2012 Production WRC title and now competes in the WRC2 category.

He then made it through to the final against Duval for a best-of-three showdown to for the title of ‘champion of champions’. Incredibly, Guerra continued his amazing run of form and wrapped things up with a race to spare, becoming the first driver to win the Race of Champions on home soil since Sebastien Loeb back in 2005.

As results go, that’s what you call a proper upset – Guerra is surely one of the most surprising winners in the 30-year history of the event.

Sure, the Race of Champions is ultimately a fun competition which isn’t entirely representative of the majority of race series and it doesn’t mean that Guerra should be parachuted into a Ferrari seat. But the drivers do take it seriously, and it’s also proof that the world of motorsport is full of fantastic, adaptable drivers who are capable of being quick in pretty much anything. 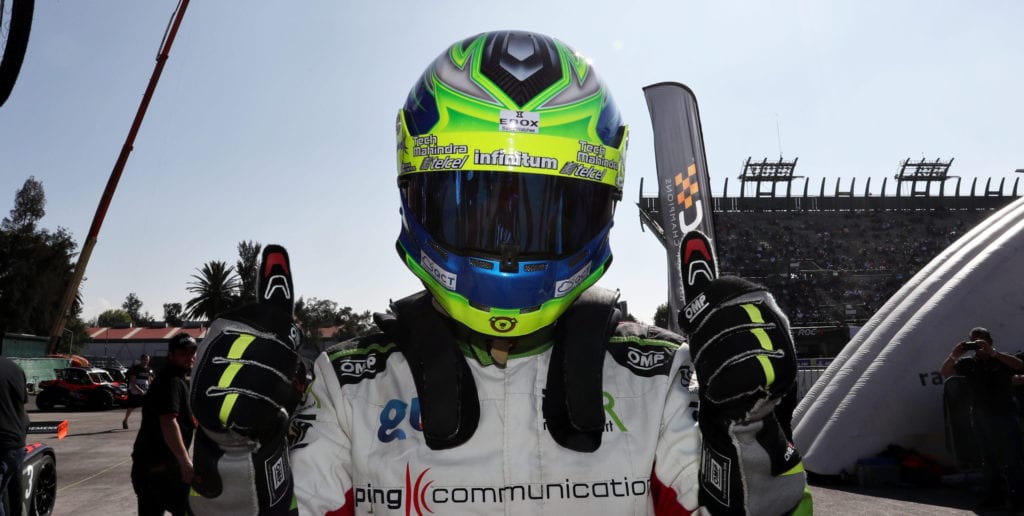