Bernie Ecclestone Has Had A Radical Idea For Improving F1 – WTF1
Skip to content
×
Formula 1 , News

Bernie Ecclestone Has Had A Radical Idea For Improving F1

From suggesting that drivers be able to take shortcuts to adding sprinklers to race tracks, Bernie loved to throw the occasional bizarre idea up in the air during his time at the helm of the sport – usually to distract from some sort of big issue. He’s not been in charge since Liberty Media took over at the start of 2017, but that hasn’t stopped him from continuing with his wild solutions – and this one involves a radical shake-up of what it means to be an F1 ‘team’.

Speaking in an interview with ESPN, Ecclestone has said that teams should have the option of constructing their own car – as they do now – or racing with a spec car which comes with certain benefits or disadvantages:

“The Constructors’ Championship is for the teams that manufacture the engine and the chassis; teams such as Ferrari and Mercedes.

“For the Teams’ Championship, I’d build a car – like a very sophisticated F2 car. If Honda decided they weren’t going to be in F1 – or if Renault decided not to be a constructor – I’d do a good deal for one of them to supply everyone. These would be engines similar to those we have today. But one engine has to last a full season, with one spare engine only to be used if the original one has a failure.”

Aside from the fact it would force teams like Williams or McLaren into either building their own engines or dropping down into the ‘Teams’ championship – neither of which would surely be especially viable or interesting, it’s an interesting proposal – one which Ecclestone said would “make people currently outside F1 think: ‘We can do that’.”

He also added that despite the obvious performance differences between a full-on constructor and a smaller team, the rules could be adjusted to make the cars competitive and give the drivers a chance at beating each other:

So if you want to start a team, here’s your chance. I’d give you a complete car and a spare engine. And I’d give you $30 million a year. That way we can forget all this cost cap nonsense. You’ve got to run the team as best you can. You’ve got $30m to get you going, so you need to go out and find some sponsors.

“We’re going to balance things out by doing a couple of things to help the Teams’ Championship.

“Firstly, if you want to, you can refuel. You have just one set of tyres but, if you want to stop and refuel, you can also change tyres. Then maybe we’d have to change the weight of the car. If we found the team cars weren’t quick, we’d make sure the constructors’ cars were a bit heavier. That way, you could easily find two seconds.”

“With a refuelling strategy and change of tyres, you’d find another, say, second a lap. But only if you want to do that. It’s up to you. And one more thing; the teams could enter just one car, if they wanted. The rules governing the design of the constructors’ cars would be as they are today. That way, they couldn’t complain.”

Ecclestone goes onto say that, if balanced correctly, the smaller ‘teams’ would have a chance to fight for podiums at a fraction of the cost of the constructors, while also providing good racing.

There’s something of an historical precedent too, with privateer teams once being able to simply buy customer cars from constructors and compete on even terms:

“It’s something that’s brand new. Saying that, if you think back, Stirling Moss beat Ferrari and everyone else to win a couple of grands prix in a single car entry for Rob Walker, with what were then customer cars. The idea of ‘brand new’ is because we’ve moved forward technically, but who’s to say we can’t go back to a single entry? Obviously, the constructors have more chance of winning races than the teams. But that’s not new because when Moss won for Rob Walker, it was at a time when the factory teams usually had the best chance of winning.”

Initially it sounds crazy, but the more you think about it, the more sensible an idea it starts to seem. Mercedes and Ferrari will go against proposed rule changes which threaten to upset the balance and make it easier for smaller teams to compete. The solution is to give them no say in the rulemaking process, but then there’s nothing stopping them from pulling out.

By separating the bonafide constructors from smaller teams in championship terms entirely, you’re still allowing Ferrari and Mercedes to compete against each other on their own terms – the kudos in winning for those teams comes from beating each other, not smaller midfield teams.

And yes, it would effectively separate F1 into two classes, but with the gap we have from the top three teams to the midfield these days, isn’t that what we already have? Give them a cheap, simple way to compete, rather than having to spend hundreds of millions to just to finish eighth.

On the other hand, it would almost certainly dilute the sport in a big way. You’d have the likes of Ferrari and Mercedes and Renault competing against each other, but how long would it take for whichever one is losing to pack up its toys and go home – or drop to the team’s category? Board members would question why they’re spending half-a-billion to finish third or fourth when they could be spending a fraction of that to challenge for the same position, especially if the spec cars are allowed to be as competitive with the constructors as Bernie is suggesting.

And as fans, would you really want to see F1 officially become a two-tier championship? Would you like to see the likes Williams, Red Bull and McLaren forced into spending more money to become a full constructor, sacrificing their history and principles to remain in F1 as a mere team, or give it up altogether? Would you like to essentially guarantee that Mercedes and Ferrari will be at the front for the foreseeable future? I’m not sure I would.

As ideas go, it’s certainly up there with some of the more interesting (and by Bernie’s standards, sensible). But in reality, it probably just wouldn’t work. That doesn’t mean Bernie’s thought process is wrong, though – not by a long shot – as evidenced by his closing statement:

“Everything is up for discussion. But the bottom line is having affordable entertainment rather than very expensive technology.”

Now that’s a fair point. We all love the outrageous technology on display in F1, but at the end of the day it is a sport – and sport is supposed to be entertaining. Finding a way to shift the balance back towards entertainment without sacrificing the core principles of F1 is the key: the question is how it’s done. 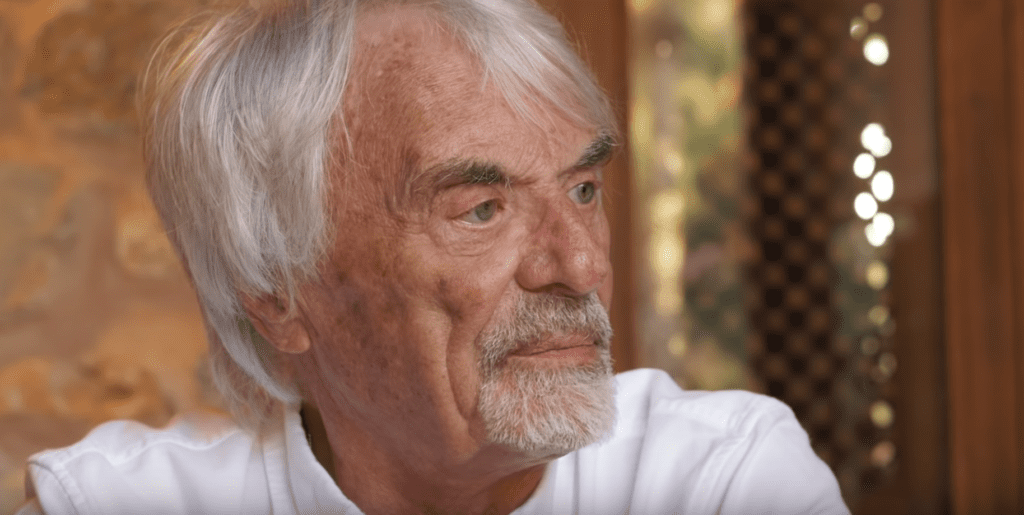