Bernie Ecclestone Is Expected To Bid On Buying Interlagos

Brazil is currently in the middle of its worst recession in quite some time and selling the Interlagos track is part of a proposed £2.7 billion privatisation package.

This is in a bid to help Sao Paulo’s finances and secure the future of the Brazilian GP with a new owner willing to invest in improving the track.

Sao Paulo’s new mayor Joao Doria has claimed former F1 boss Ecclestone is one of the candidates who could potentially bid on the circuit. He told Reuters:

“The privatisation of the track is the guarantee of the continuity of Formula 1. I understand that Formula One is important but with private money, not public money. It’s perfectly possible for it to keep running with private money as a private track.”

When asked about Ecclestone, who lives in Brazil, being interested in buying the circuit, he replied:

“He showed interest. He’s going to participate in the auction for the track.”

Interlagos hosted the first ever F1 championship round in Brazil back in 1973 and has been a permanent fixture on the calendar since 1990.

It hasn’t really changed that much since, despite plans for major redevelopment, and the hope is the new owner will invest heavily in bettering facilities.

Ecclestone was replaced as the big boss of F1 earlier this year with Liberty Media’s takeover. He remained coy when asked about the Interlagos sale:

Let’s see what happens with this, but with Brazil’s financial issues at the moment, it’d be a relief if a buyer was able to save the track and race from uncertainty as it’s one of the most popular in F1. 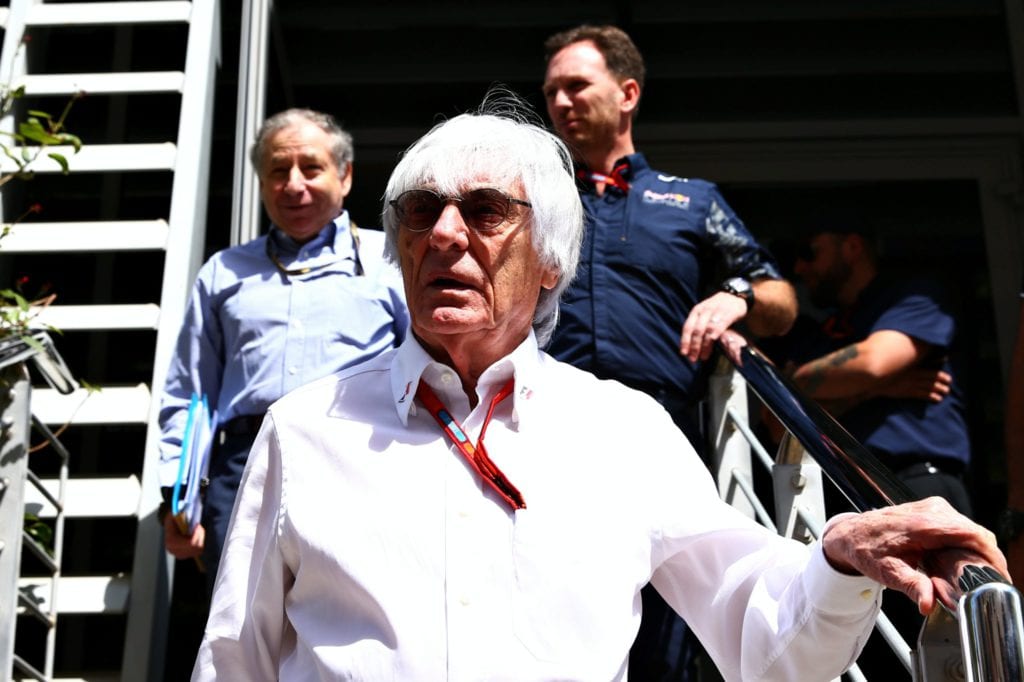