Bernie Thinks Fans Are Getting Bored Of F1 Because It’s Too Safe – WTF1
Skip to content
×
Formula 1 , News

He may not be in charge of the sport anymore, but Formula 1 was Bernie Ecclestone’s life for well over 50 years and he’ll continue to have opinions about F1 for as long as the sun continues to burn. His latest thoughts are about how recent safety advances have ended up protecting the drivers so much that the sport has lost the interest of the general public. He told Belgian newspaper Le Soir:

“Last year, I was talking with Sebastian and Lewis about the notion of risk. Don’t believe those guys are a couple of hotheads, and certainly not Sebastian who is now a father. But both told me they use to feel they were doing something the average person could never do, and that was why they were admired.

“Look at the acrobat at the circus who walks on a tightrope high above the ground, who captures everyone’s attention. Of course, they’re admired, but if the public is there, it’s because they are taking risks and are so high. If they were doing the same thing a metre above the ground, no one would watch!”

Any guesses as to what’s triggered these comments about safety? Yup, it’s the Halo! He continued:

“Today’s cars offer above-average safety, and that’s very good, don’t get me wrong. But that Halo! How can one present things as an exact science, and therefore suggest that the proposed solutions are foolproof? It doesn’t make any sense. It implies that Formula 1 is less dangerous today, and therefore less fascinating and appealing for some people – those who go to the circus to watch the acrobats fall.”

As comments from Bernie go, these definitely fall on the ‘less controversial’ end of the spectrum. After all, the last time he tried to make a point about safety he said that big crashes should be dramatised to make fans think something terrible has happened. And this guy was in charge of the sport…

This time though, he raises an interesting question. Nobody wants to see drivers injured, but the aspect of danger is undoubtedly something that got many people interested in the sport. Is that being lost with modern safety advances?

Another reason why he thinks the sport could be losing popularity is because it’s simply too predictable.

“Who do you think is going to win the title this year? Hamilton, of course! A lot can obviously happen, but for the public there is no doubt. So why would they be excited to go to a race? They’ll just watch it on TV, and think that whatever happens, in the end Lewis will win.”

Of course, there’s no way it could be anything to do with the huge hike in ticket prices he caused, or all the deals to take F1 away from free-to-air TV…

And if you’re going to complain about another season of Mercedes winning everything, Bernie, at least wait until a few races have passed and we have an idea of what’s going to happen. You never know, Mercedes might be really slow and McLaren could domina- no, sorry, I can’t even type that with a straight face. 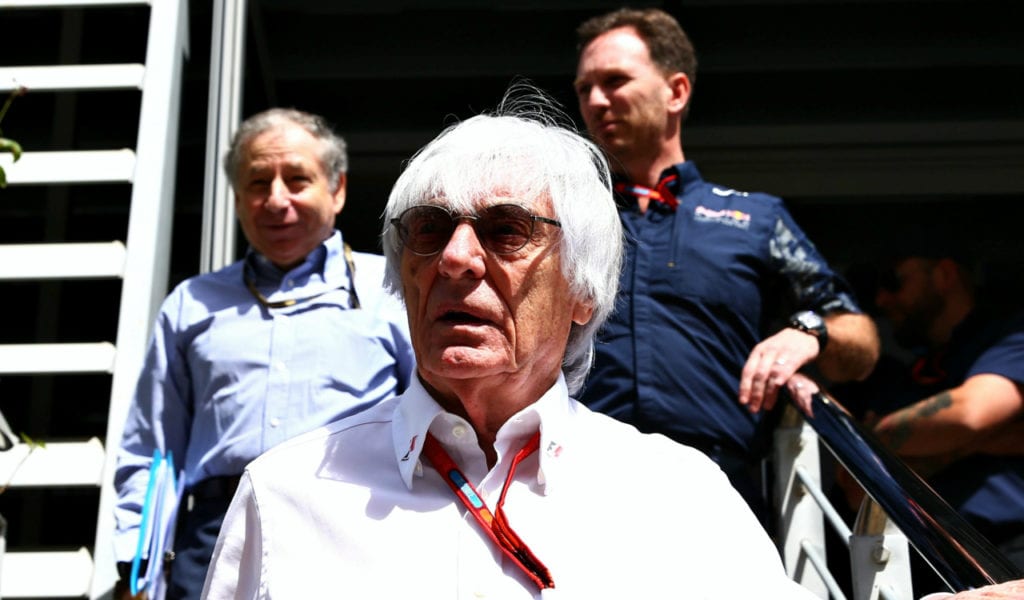