Billy Monger Has Driven A Race Car For The First Time Since His Accident – WTF1
Skip to content
×
Juniors , News

Just 11 weeks after losing both of his lower legs in a terrifying F4 crash at Donington Park, Billy Monger has returned to a race car at the Brands Hatch track.

The accident in April shocked the motorsport community and sparked a fundraising campaign for his rehabilitation and recovery that raised over £800,000.

Monger’s positive attitude has been incredible, proof of his strength and determination, and he’s made lots of appearances at motorsport events – including last weekend’s Goodwood Festival of Speed.

On Tuesday, his remarkable story continued with his first outing in a race car since the accident, driving a specially-adapted Fun Cup car, which featured steering wheel mounted hand controls.
The endurance racing machine is run by Team BRIT, a team of injured ex-servicemen. It follows on from Monger’s testing in a Carlin F3 simulator with hand controls.
Monger said on the test:

“It’s been really good just to get back behind the wheel. Massive thanks to Team BRIT for sorting out today, I can’t wait to be back again. Team BRIT have got two steering wheels for me to try out today. I’ve decided which one I prefer, now it’s just about perfecting the technique so that when I come back I’m up the front winning races.”

Its aim is to put three disabled drivers on the Le Mans grid in 2020, and the first step on Monger’s road to the iconic 24-hour race is competing at the final VdeV round in Portugal in November.

Monger being back behind the wheel of a race car really is inspiring stuff and we’re excited to see him return to competition. 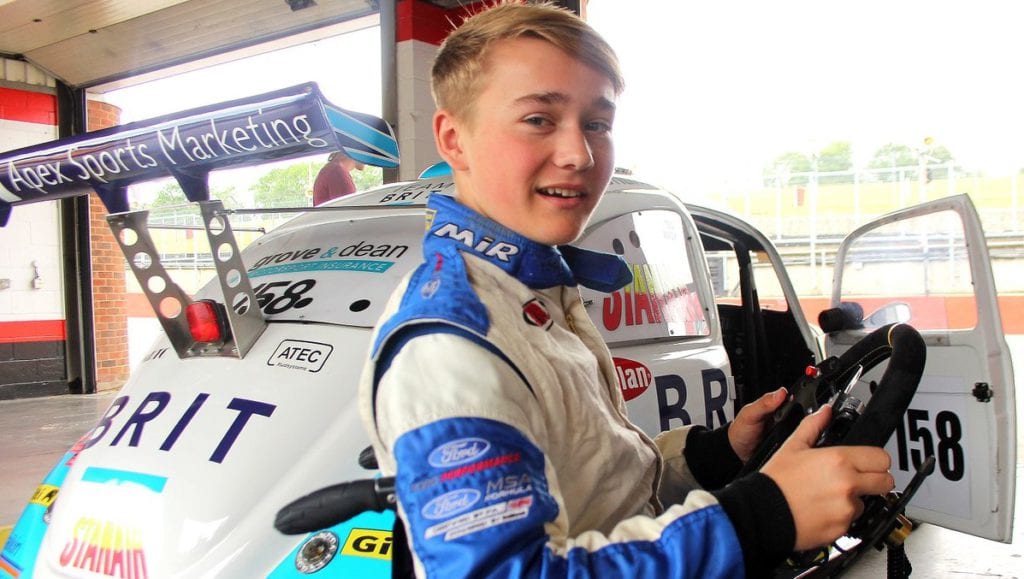