Billy Monger Has Driven A Single-Seater For The First Time Since His Crash – WTF1
Skip to content
×
Juniors , News

Ever since his crash Monger has been adamant that it wasn’t going to mean the end of his racing career. Just three months after his accident tested a VW Fun Cup racer and he has a goal to compete at Le Mans in 2020 as part of an all-disabled driver line-up.

He’s been working in the simulator with the legendary junior team Carlin to adapt to driving with hand controls. Recently he got a taste of the real thing again as he tested a single-seater for the first time since his crash, driving a BRDC British F3 car at a very soggy Oulton Park.

It’s not just some publicity stunt, though – Billy is keen to pick up where he left off, get straight back on the single-seater ladder and go racing in 2018.

Didn’t think this would be possible a few months ago. Long way to go but the goal is getting closer. Thanks @CarlinRacing for making today possible 👊🏻💪🏻 pic.twitter.com/8ED4Pj4kB4

Amazing, right? We can’t wait to see what he ends up doing and how he gets on. 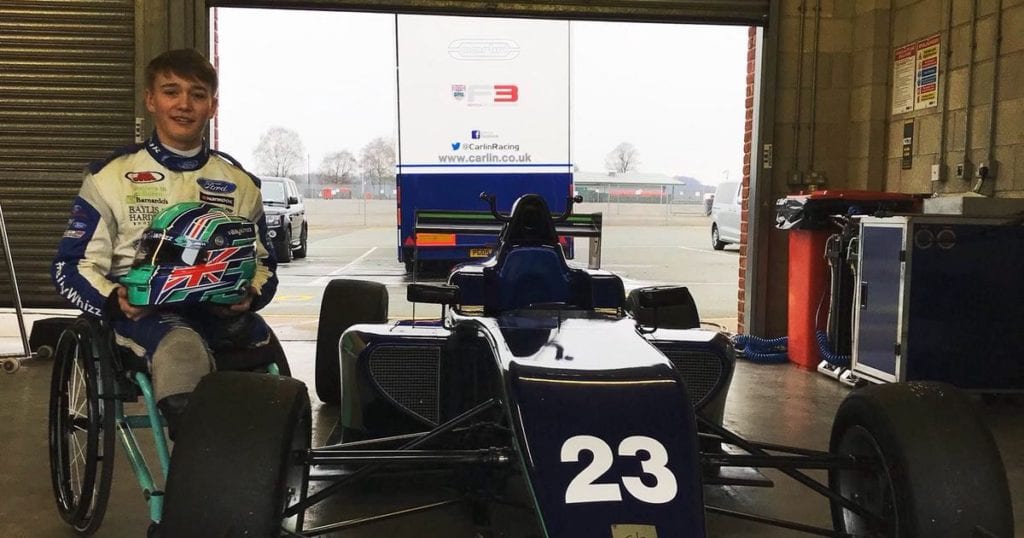