Monger made the step up to the Euroformula Open series this year which, with the collapse of European F3, has become probably the most hotly-contested junior series outside of the F1-supporting Formula 2 and Formula 3.

Racing at the Pau street circuit – perhaps the most prestigious single-seater race on the junior ladder outside of Macau – pretty much the whole grid started on slicks on a wet track, but Monger decided the track was too slippery and was one of a few drivers who pitted for wets at the end of the formation lap. It proved to be an inspired move – Monger scythed his way up to third and was catching the leaders of Julian Hanses and Liam Lawson.

Lawson looked quicker than his teammate and, presumably aware that Monger was coming, made an optimistic move on Hanses at the final chicane. The two collided, ending up in the barriers and out of the race, and leaving Monger in the lead.

Following a safety car to clear up the mess, Monger had to fend off his own teammate Nicolai Kjærgaard in the closing laps, which he did so with relative comfort. Yuki Tsunoda was flying in the closing stages, but ran out of laps to mount a challenge on the top two.

Monger therefore crossed the line to claim an emotional win. Ever since a dreadful Formula 4 crash at Donington Park in 2017 left him with amputations to both legs, Monger has refused to let it spell the end of his motorsport aspirations and continued to move up the ladder with the help of specially-adapted cars. He managed a few podiums and a pole position in BRDC British F3 last year, but winning his first race since his accident – in fact, his first single-seater race full stop – marks a huge moment in the career of an incredibly inspirational young man. 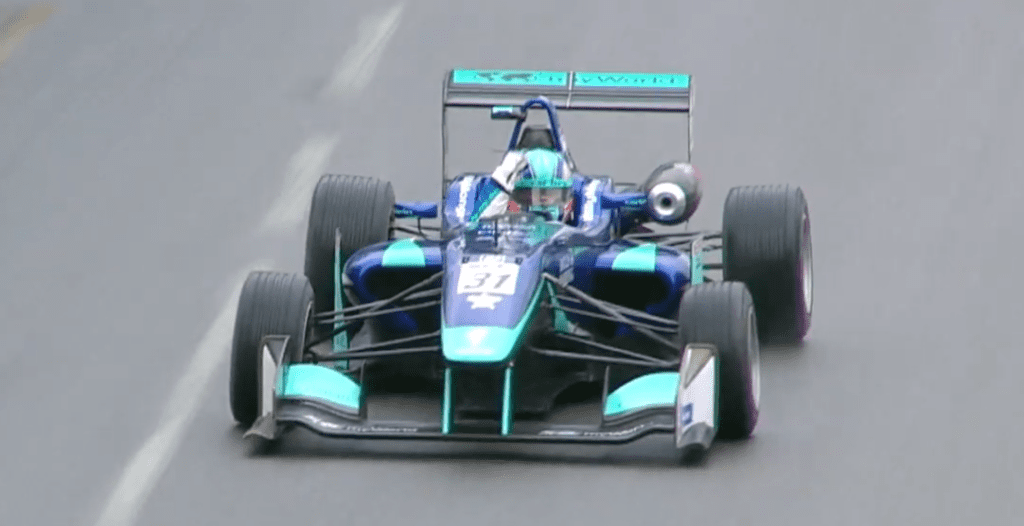