Monger has enjoyed a good relationship with Carlin, taking four podiums with the team throughout the 2018 season in his maiden year in British F3 – including a third-place finish on his return to racing after his life-changing accident in 2017.

Having looked at different series for 2019, including the new FIA Formula 3 championship, Monger has settled on the growing Euroformula Open after some testing and a mixed set of results in the winter series, where he suffered a clutch issue in the first race before recovering to eighth in the second. The championship will visit eight existing Formula 1 venues including Spa, Paul Ricard, the Hungaroring and Silverstone – as well as F3 staple Pau, inherited from the defunct European F3 series and the cancelled European Formula Masters.

Monger said that he is relishing the new challenge of tackling a street circuit and believes that he is adapting well to his new machinery.

“This year is my first street circuit, competing at Pau and I’m really looking forward to it. It will be challenging, luckily I know a few drivers who have driven there themselves and have given me a few tips so hopefully it won’t take long to get used to it. It’s a new car [in EF Open], got a bit more grip, bit more power. It’s a step up in level from the Taatus [in British F3] but I’m slowly adapting and getting better.”

Thinking it’s about time for me to get back behind the wheel @CarlinRacing don’t you? 😏 Excited to finally announce that I’ll be racing in @EF_Open this season & I’ll be back with the boys in blue 🔵 Can’t wait to start this new chapter & show what I’m made of 💪🏼 #BillyWhizz pic.twitter.com/v772BBwCrs

The 19-year-old is the final piece of Carlin’s 2019 Euroformula Open driver jigsaw, joining Nicolai Kjaergaard, Christian Hahn and Teppei Natori. While he accepts that he will be facing more experienced drivers in the championship, Monger is aiming a quick rise to a championship challenge to aid his quest to reach Formula 1.

“The goal is always to go into a championship and try to win it, so that’s what I’m looking to do. I know there are guys that I’m teammates with and that are still competing this year that have done this championship for a few years. But I’d like to think that once I get on top of the car I’ll hopefully be able to take the top step.”

Another remarkable story from Billy Whizz, and here’s hoping that a good performance in 2019 can result in a move into one of the F1 support championships. 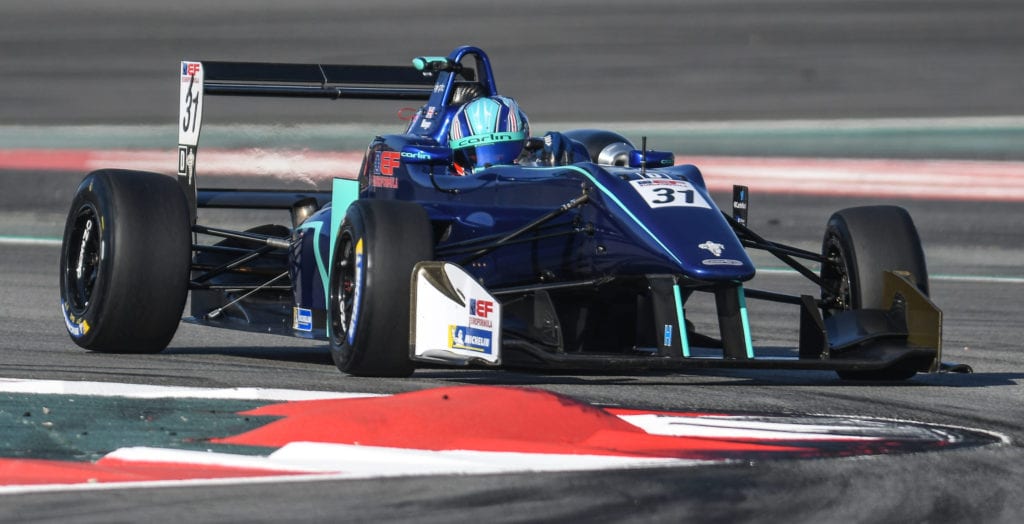