Billy Monger Will Race In The First Round Of The British F3 Championship – WTF1
Skip to content
×
Juniors , News

It’s been less than a year since Billy Monger suffered a horrific crash in the British Formula 4 Championship, leading to both of his lower legs being amputated. But ever since then he’s been focused on picking up his single-seater career where he left off, and he’ll make his racing comeback this weekend.

The 18-year-old has been testing with Carlin for a while and will drive for the team in the season-opening round of the BRDC British F3 championship at Oulton Park. A Carlin spokesperson said:

“He [Monger] will absolutely be on the grid this weekend. It’s absolutely incredible to have him back on the grid. He helps motivate the team, he is competitive as well and has the potential to do a lot more. We want to be able to help him achieve his potential.”

Solid day in the office, more to come and looking forward to showing it soon! 💯 #BillyWhizz #WeOnlyGetStrong 📸 Credit: @mat_acton

Monger’s car has had to be specially adapted. He uses his right leg to operate a modified brake pedal and uses his right hand to accelerate via a paddle on the steering wheel. All gear changes are done with his left hand.

It’s an absolutely incredible story for him to make so much progress in such a short space of time. We can’t wait to see how he gets on this weekend and whether he makes any more appearances throughout the season. 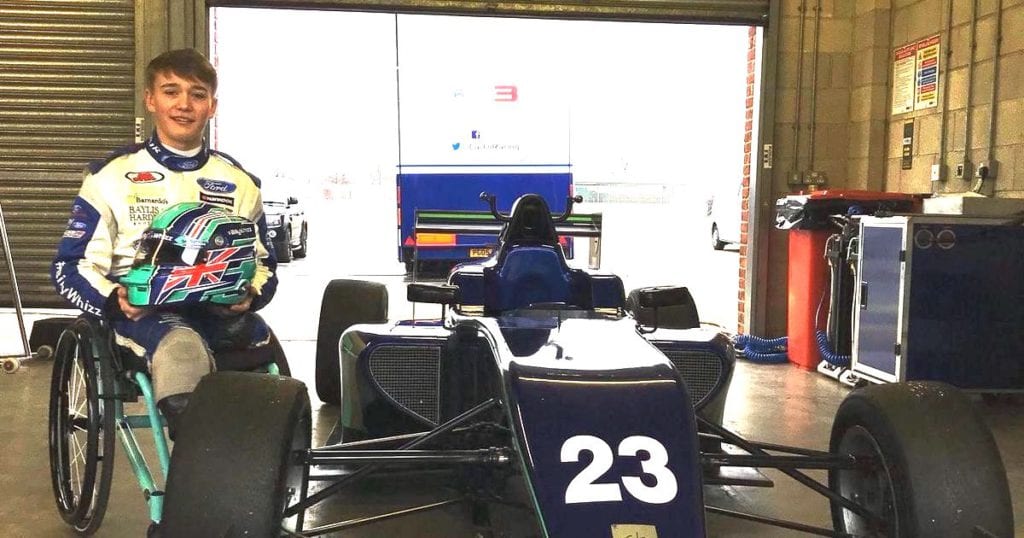