Binotto Explains The “Extreme” Aspects Of The New Ferrari SF90

Ferrari troubled Mercedes in the first half of the 2018 season before a string of team and individual driver mistakes opened the way for the German marque to take a fifth successive championship double, Lewis Hamilton ending the year 88 points ahead of Sebastian Vettel.

It proved to be the endgame for Maurizio Arrivabene, succeeded in the team principal role by former technical director Mattia Binotto. For 2019 the Italian team has returned with a new car and a new driver line-up too. Kimi Raikkonen’s move to Alfa Romeo paved the way for Ferrari junior star Charles Leclerc to partner Vettel, in the hope that the Monegasque can pose a fresh threat to Mercedes’ dominance.

The SF90 also presents a new opportunity. Binotto said that the new challenger is an evolution of the 2018 car, with Ferrari turning to “extreme” and aggressive concepts in the search for a first title in over a decade. He said during the car’s launch in Maranello:

“In 2018 we got really good achievements, and this car is a development of last year’s car. It is not a revolution. We simply tried to push again to raise the bar, raise the level, and try to be as extreme as we could.

“There are a few changes that are straightforward, like the front wing that is for the technical regulations that have changed since last time. But if you look at it in all the details, certainly we try to push very hard, being innovative. The roll hoop is very narrow and very slim.

“And if you look at the bodywork at the back it is very, very slim, and that is thanks to the entire job, which you cannot see because it is below, in terms of engine installation and power installation packaging. A lot of effort has been done and I think the final shape is the result of all this effort. We like it.”

Ferrari looked to Binotto after rumours of discontent in the Ferrari camp under the tough management of Arrivabene. New Ferrari CEO Louis Camilleri, who took over from Sergio Marchionne in the lead-up to his passing last summer, believes that Binotto’s appointment is the perfect catalyst for a fresh start.

49-year-old Binotto has been a part of the Ferrari squad since 1995 and is a highly respected senior member of the team. Camilleri said:

“We begin a new exciting chapter in our history, led by Mattia Binotto. Mattia has been with Ferrari for about a quarter of a century. His stellar career over that period is clear testament to his exceptional abilities and leadership skills.

“He knows the Scuderia inside out. He is very much a team player, decisive, talented and determined to make a huge difference at all levels. I have every confidence that he will lead the Scuderia to ever greater heights.”

A new look and an evolved car – will it be the one to finally end Ferrari’s barren run? 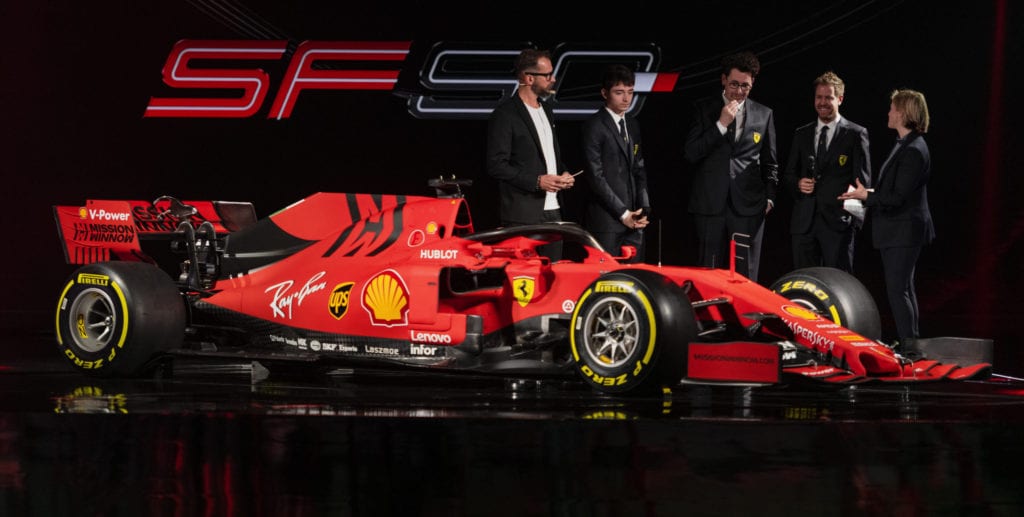