BMW Teammates Take Each Other Out Of The Lead In Another Outrageous Formula E Race – WTF1
Skip to content
×
Formula E , News

Don’t crash into your teammate. It’s racing’s number one unwritten rule – a rule so obvious that should never need to even be mentioned, although BMW Andretti is probably wishing it had made a bigger deal about it during the pre-race briefing.

Round one winner da Costa had taken the lead from pole-sitter Sam Bird and was shortly followed through by Sims and the two drivers built up a sizeable lead over the chasing mob (more of that later). With just under 10 minutes left to go, Sims made a move around the outside and locked his brakes. Da Costa, defending the inside, also locked up. The two banged wheels, da Costa ended up into the barriers and out of the race as Sims dropped to fourth. Oh dear, oh dear…

The first rule in motorsport, don't hit your teammate! 😱 @afelixdacosta is out of the race #MarrakeshEPrix pic.twitter.com/G1c71z4hMG

That handed the lead – and eventual win – to Mahindra’s Jerome d’Ambrosio. He started 10th and made decisive progress through the pack to third and when he got there, was impressively able to hold off the drivers behind him using Attack Mode. He was then able to use his own Attack Mode – he’d saved both of his uses right until the end – to eat into the gap to the two leaders. Is that what pressured Sims and da Costa to start racing each other?

The safety car came out to clear away da Costa’s stricken car, leaving a one-lap shootout for d’Ambrosio to hold off the two Envision Virgin cars of Robin Frijns and Bird, which he just about managed. It’s the Belgian’s third win in the series but the first one he’s actually taken on the track, and a result which sees him leading the championship.

Mahindra teammate Pascal Wehrlein had a less good time, though. He qualified a strong seventh on debut but was put on on the opening lap after contact with Lucas di Grassi, frustrating the German to the point where he destroyed a bit of his garage on his way back to the paddock.

Reigning champion Jean-Eric Vergne had qualified second but botched an attempt to take the lead from Bird at the first corner, spinning to the back and compromising a few other drivers’ races as well. He managed to recover to fifth ahead of teammate Andre Lotterer, who’d started 20th – proof that Techeetah has a quick package, even if the team has had two less-than-straightforward races so far this season.

Gen2 of Formula E is shaping up amazingly, though – two races in and both have been sensational. Can it go three from three after the next race in Santiago in two weeks’ time? 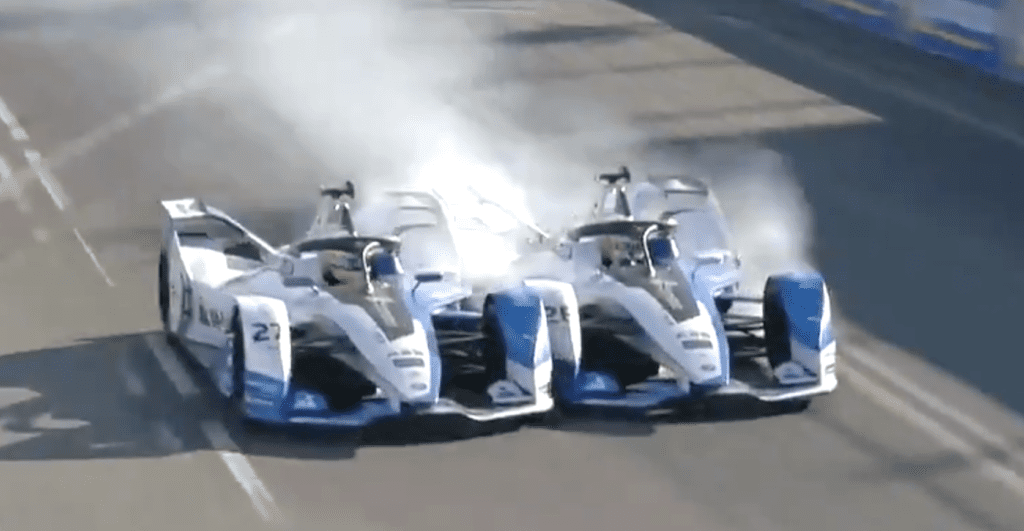