The result means that Bock extends his championship lead from round one to 14 points, with Siebel and Jordan sharing second in the standings.

Bock started on pole ahead of Italy’s Eros Masciulli, but it was the Edonis Engineering machine that got a better launch and led the way into turn one, with the two Red Archer cars of Matthias Muuss and Fabio Sixta following behind.

Five laps in and Bock was on the attack, slipstreaming his way to the outside of Masciulli. The 2016 series runner-up was unperturbed and covered the inside line. For seven laps afterwards the same move was made with the same outcome.

However on lap 12, Bock made his move up the inside at the final corner, whilst Masciulli pitted for new tyres. The strategy that the Italian would take would ultimately see him finish down in ninth.

Jordan had managed to overcut his way to third – ahead of Muuss but behind Sixta. The battle for second saw the star of round one hold off the German for long periods of the race, before the Evolution machine stormed down the inside to relieve Red Archer’s Austrian driver of his position.

Siebel had struggled in the early stages of the race, eventually pitting from only eleventh place. But the reigning champion managed to fight his way up through the top 10 with some opportunistic moves – the crucial overtake for third made on Sixta on lap 46.

Although the top three would be settled after that move, there was still time for drama behind. Muuss had been catching his teammate for some time after the final stops, with Scuderia Basilea’s Stephane Rouault also closing in.

Muuss went for the overtake on Sixta on the inside of Turn 1, but out-braked himself and slid into his teammate’s side. Rouault watched as the two Red Archers slid through the corner and capitalised to take Muuss’ fifth position.

Geoffrey Fournier would come home in seventh, ahead of Daniel Brewer, Masciulli and Peter Brljak who rounded off the top 10.

After round two, Evolution lead the teams championship by virtue of their one-two finish, with ACR Zakspeed 40 points behind.

The full race results are available here. The WTF1 Superleague returns on 4 April with the Bahrain Grand Prix 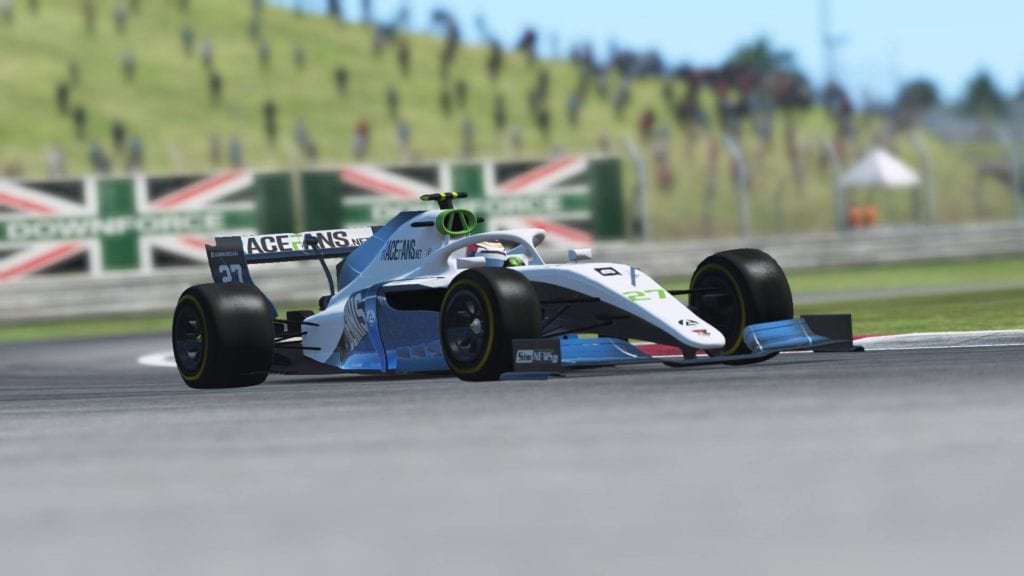