Leclerc was looking like the most likely candidate for pole (or at the very least, a front row) heading into Q3, but the chance for him to add a third mini-Pirelli tyre to his collection was ruined when a problem with the fuel system left him stuck in the garage, unable to even set a time, and relegated to 10th on the grid. Still, it could have been worse – teammate Vettel had a turbo issue right at the start of Q1 and will start plum last.

On a weekend where Mercedes was looking perhaps a little off the pace, it offered a huge get-out-of-jail-free card – well, partially. While Lewis Hamilton took a reasonably straightforward pole, Max Verstappen (who’d had his own scare with a car issue in Q2) was able to pop his Red Bull on the front row, just ahead of Valtteri Bottas. Pierre Gasly was also rather impressive as he wound up fourth, less than a tenth off the pace of his teammate – only to have his lap deleted for exceeding track limits at the final corner.

Just behind in fifth was a rapid Kimi Raikkonen, who’d been on the pace all weekend and delivered when it mattered in qualifying to end up the highest Ferrari-powered car on the grid. Romain Grosjean gave Haas a much-needed boost with sixth ahead of Carlos Sainz, Sergio Perez, and Nico Hulkenberg. It’s a right old mixture of teams – indeed, Williams and Toro Rosso were the only two teams that failed to get at least one car through to Q3.

The midfield was outrageously close as Antonio Giovinazzi, Kevin Magnussen and Daniel Ricciardo each failed to make it into Q3 but just a few hundredths of a second. One unfamiliar name in Q2 was Lance Stroll, making his first appearance in the second part of quali for the first time since the Japanese GP last year. Unlike his teammate he couldn’t push into Q3 after having a bit of an impromptu drifting session in the final sector.

Aside from the luckless Vettel, the big surprise victim of Q1 was Lando Norris. And then, in trying to set another lap, he inadvertently ended up ruining Alex Albon’s lap in the process as things got crowded towards the end of the session.

Ferrari’s reliability woes have kinda shot the fox a bit in terms of the race and it’s kinda hard to see Hamilton being toppled. That said, Verstappen is starting on the softs compared to Hamilton on the mediums, so he could well have a chance to challenge in the opening laps. That’s assuming the race stays dry, anyway – the weather forecast Sunday has a 70 per cent chance of rain… 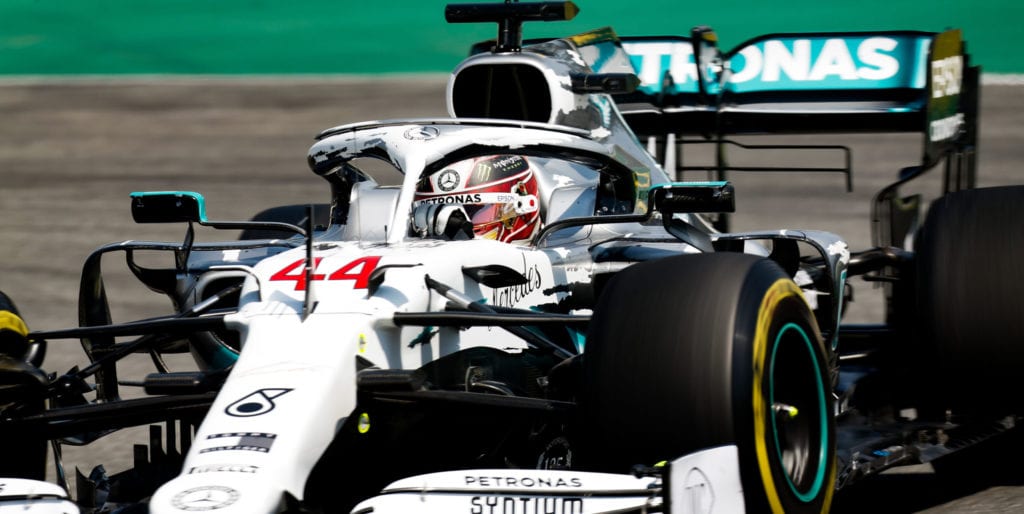