A few years ago, F1 experimented with a rule banning teams from giving drivers too many instructions over the team radio. After a couple of penalties (notably to Nico Rosberg in the 2016 British GP, when he was trying to fix a gearbox issue) everyone realised that it was a bit of a silly rule, and it was dropped. However, it does still apply to the formation laps of the races, with teams unable to issue instructions to their drivers during the warm-up lap.

This is what Haas fell foul of In Hungary. The team told both drivers to pit and switch to slick tyres which, according to the Stewards, is a breach of Article 27.1 of the Sporting Regulations, which state that drivers must drive the car alone and unaided. The result is that both cars have had 10 seconds added to their race times – Magnussen drops from ninth to 10th, with Carlos Sainz moving up a spot, while Grosjean slips from 15th to 16th behind Kimi Raikkonen.

It’s a bit of a weird rule that drivers can be told to pit during the race and not the formation lap, and it feels a little bit like the sort of thing that wasn’t the intention of the rule when it was written.

On the plus side, at least Magnussen does still get a point out of the race, having made the most of things following the strategic masterstroke to switch to slicks for the start of the race.

Another driver under investigation after the race was Alex Albon after Red Bull allegedly attempted to dry his grid box in an attempt to give him better track conditions for the start. This is a big no-no in F1 and the penalty could have been harsh – fortunately for Albon, the stewards ruled no further action, so he gets to keep his fifth place. 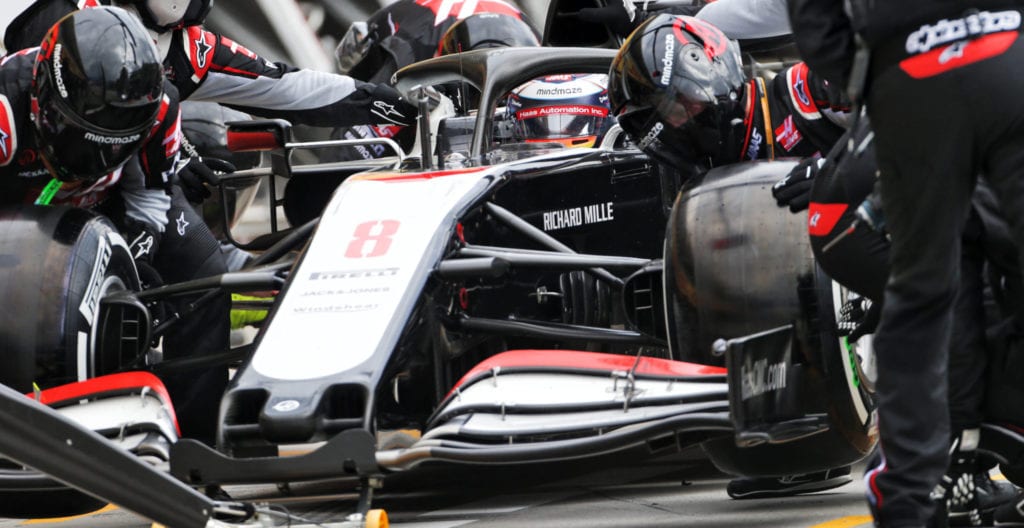