Both McLaren Drivers Will Have A 15-Place Grid Penalty In Baku – WTF1
Skip to content
×
Formula 1 , News

In news that should surprise absolutely nobody, Fernando Alonso and Stoffel Vandoorne already have grid penalties for the Azerbaijan Grand Prix – and free practice hasn’t even started yet.

Both drivers will get Honda’s updated MGU-H and also a new turbocharger each. That’ll be the sixth of each for both drivers of out of their allocation of four for the season, and there are still 13 races left to go. Ouch. The 15-place grid drops mean that unless something totally ridiculous happens in qualifying it’ll probably be an all-orange back row.

Alonso will also get a new engine this weekend following the failure in Canada. That’ll be his fourth of the season, meaning that he’ll start to get grid penalties for those too, if – sorry, when any more go pop.

On Friday Honda is going to try out some new bits on the power units to see if they’re worth running for the rest of the weekend. Vandoorne is pessimistic about the upgrades though, and said he doesn’t expect them to make much of a difference. He also talked about his expectations for the race, saying:

“We will try to do our best, focus maybe a bit more on race runs and hopefully we can play a bit during the race. We are probably competing to start from the back of the grid.”

You can probably apply those words to the McLaren drivers for pretty much every race for the rest of the season, to be honest! 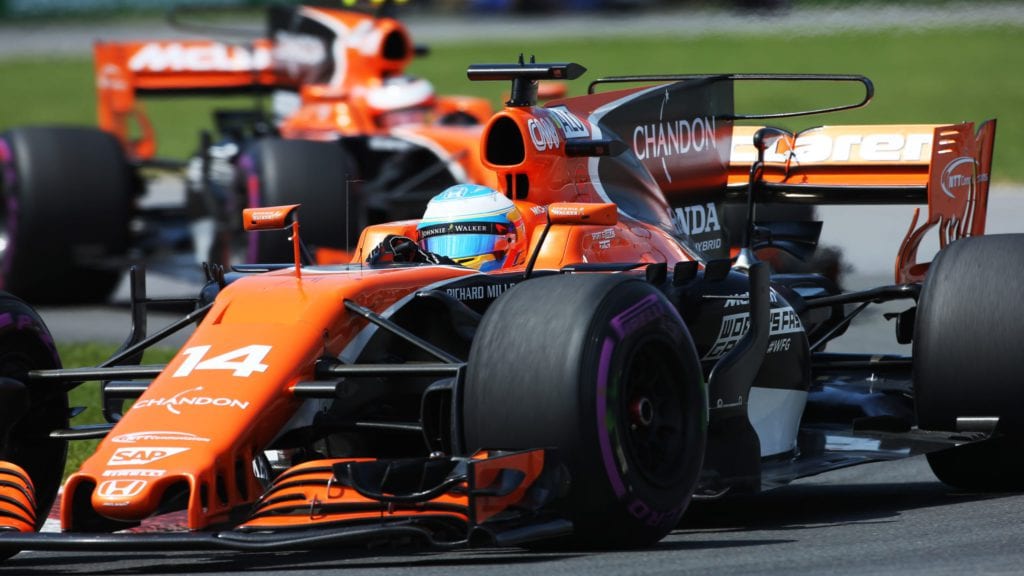