Both Valtteri Bottas and Nico Hulkenberg will start the Belgian Grand Prix on the back-row regardless of qualifying performance, with both cars being fitted with new parts for all six components of the power unit.

Given his car, Bottas has a greater chance of climbing through the ranks and having some contention at the sharp end, but Mercedes will lack the option of a two-car strategy to try and influence Ferrari, this could be decisive where the race victory is concerned.
Mercedes has some recent experience of salvaging a decent result from a starting position near the back, with Lewis Hamilton surging from 21st to an unexpected 3rd place finish in the 2016 Belgian GP. On his prospects, Bottas told F1 official that,

“If I do need to take a new engine there is going to be a penalty but in any case, Spa is one of the best places to take it because you can overtake.”

The challenge for the Finn won’t necessarily be met in finding his way through the midfield, but making ground in the gap that will likely emerge behind 5th place.

Hulkenberg’s penalty offers a golden opportunity for the likes of Haas to catch up in the Constructors’ standings. The American team is current 16-points adrift of 4th placed Renault, and Bottas’ starting position opens up a realistic sixth place target for the likes of Magnussen and Grosjean. Sainz could buffer this for Renault with a strong performance himself. With Force India’s points tally being binned, it only looks like a two-horse race for 4th, with McLaren an unlikely contender and the next team in the fight.
This penalty arrives at a bad track for Hulkenberg as it is statistically his strongest; with two of his three 4th place finishes occurring here (2012, 2016). He said,

“If you start from the back of the grid, it makes it harder. I don’t know. I don’t want to sound negative, but let’s see what happens and how it unfolds. Always try our best and our hardest.

If you start out of position, then you try and recover as much as you can and still do a good race, and climb up as high as possible and do what you can.

The starting point makes it much harder, but I think from an approach and a mindset, it’s not too different.”

Both drivers will look to make gains throughout the race. Bottas will be hoping that can still be a factor at the front, whereas Hulkenberg needs to pull a strong drive out of the bag to minimise pressure from Haas. 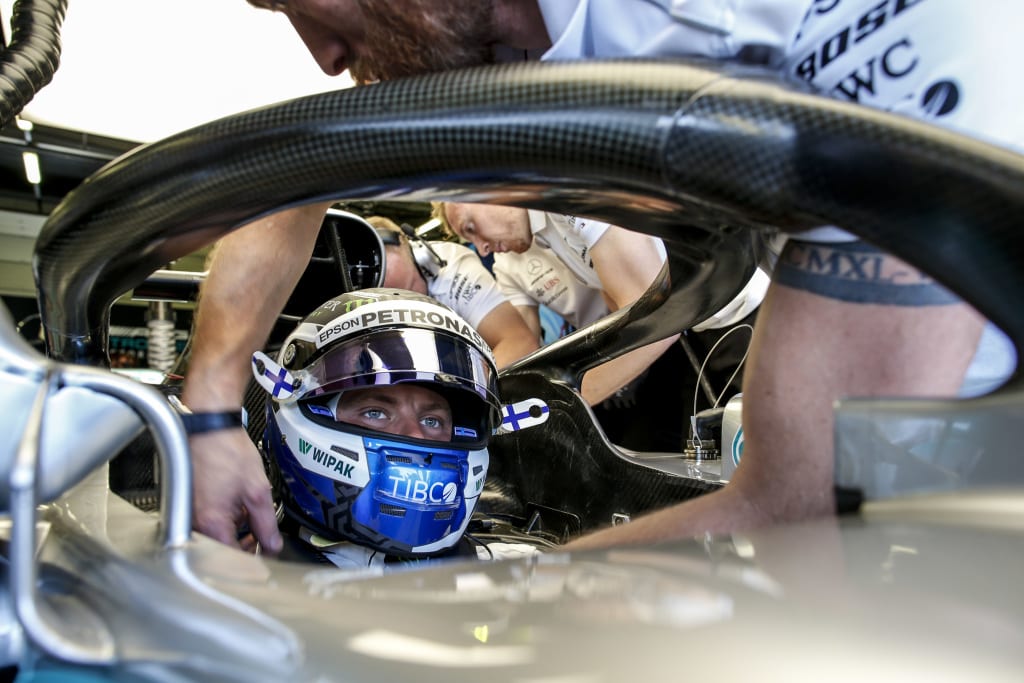