What a Hungarian Grand Prix. We don’t think we will ever stop talking about it, and especially that chaotic first lap. Valtteri Bottas had an absolute nightmare and crashed into the back of Lando Norris, which also wiped out BOTH Red Bull cars.

Honestly, it seemed to happen in slow motion in front of our very eyes. It wasn’t just Bottas who had issues, with Lance Stroll also having a drama and driving into Charles Leclerc, who hit Daniel Ricciardo as a result. Seriously, you didn’t know where to look.

Absolute carnage on the opening lap! 💥

Both Bottas and Stroll have since been slapped with penalties. A Five-place grid drop has been applied to both respective drivers after the race. They will serve these penalties for the Belgium Grand Prix, which happens after the F1 summer break in a month.

For both Lance and Valtteri, they have also been given some penalty points. On both occasions, the drivers were given two points each.

Lance now is on six points in 12 months, with Bottas on four in the last 12 months.

How we crossed the line in Hungary! 🏁#HungarianGP 🇭🇺 #F1 pic.twitter.com/bKVLqLHouP

Are these penalties fair or should they have been harsher? Let us know in the comments. 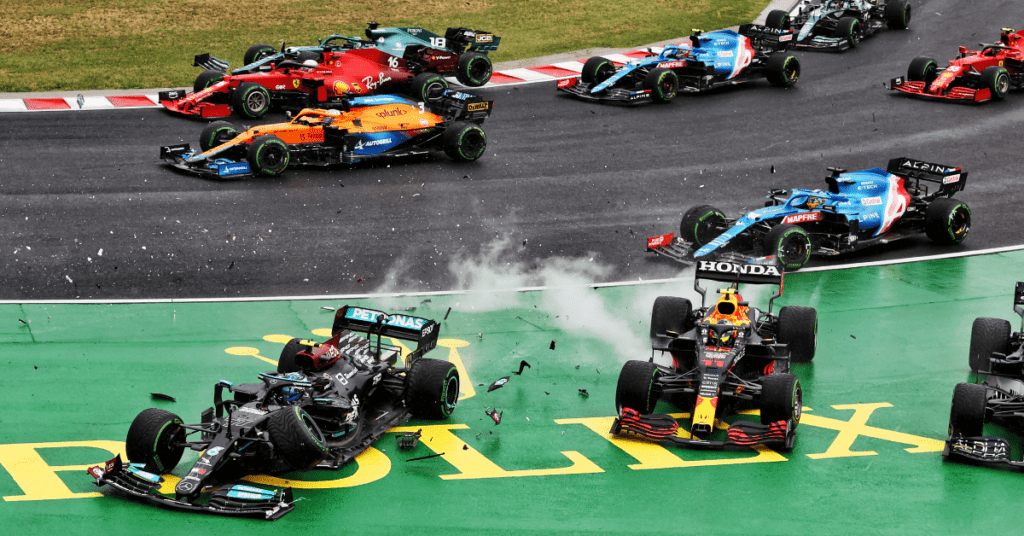