Even though it was looking seriously tight at the top throughout free practice, it would have taken a brave person to bet against a Lewis Hamilton pole, given his form for much of the season. But when he crashed out at the start of Q1 the battle for pole was thrown wide open.

Valtteri Bottas looked to uphold Mercedes’ honour and was strong througout, but it looked like Sebastian Vettel was just a little quicker and held the upper hand as the final runs in Q3 began. But Bottas nailed his final laps and improved by just enough to take pole with a time of 1:08.322 – also a new track record.

Kimi Raikkonen was a little way back in third, with the two Red Bulls fourth and fifth, Max Verstappen ahead of Daniel Ricciardo. Ricciardo will drop back ten places on the grid though, meaning Sergio Perez with start fifth with Fernando Alonso alongside him in sixth.

Home hero Felipe Massa was strong all session and breezed through to Q3, but had his first flying lap spoiled when Carlos Sainz held him up a bit and by the end could only manage 10th for what will (probably) be his final Brazilian Grand Prix.

The race tomorrow should be pretty interesting at the front, but the prospect of seeing Hamilton and Ricciardo charge through the field means we could be in for a bit of an overtake-fest. 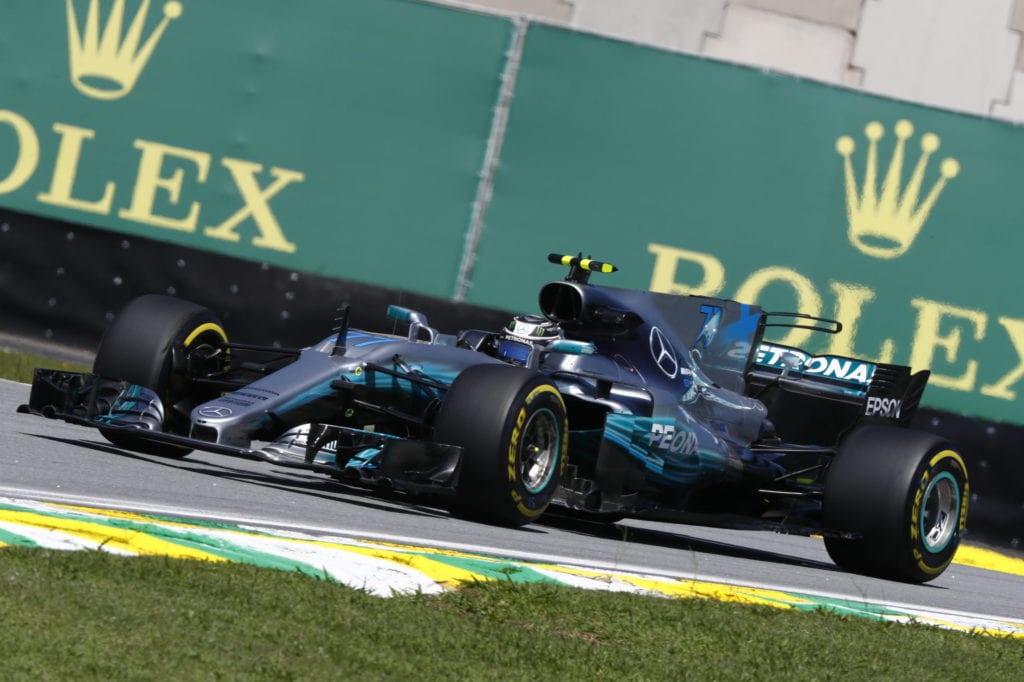