It was one of the biggest talking points of the Emilia Romagna Grand Prix. Valtteri Bottas and George Russell came together in a huge crash that, luckily, both drivers walked away from. After the huge shunt, Russell walked over to confront Bottas, who exchanged a middle finger whilst Russell slapped Bottas’ racing helmet.

We were all sat in absolute shock and couldn’t believe our eyes. It’s one of the most dramatic moments we have seen in a long time, and both drivers think the other is to blame. Spicy.

“It was a half-decent shunt,” Bottas told F1. “Obviously could have been a lot worse at that speed. From my point of view, obviously, I stopped for the dry tyres and took the time to get them to work.

“George got close, decided to go for a move. The track is quite narrow, there is only one dry line, and he went from the outside. There was space all the time for two cars, but it didn’t make any sense that move. He obviously lost it and hit me.

Both drivers are out of the car and okay#ImolaGP 🇮🇹 #F1 pic.twitter.com/Y0xWuGm8Mb

“I haven’t spoken to him. I couldn’t hear a thing he was saying. I don’t really get it, it was clearly his fault, and I don’t understand the rage.”

Both drivers immediately retired from the race and brought out the red flags. It is expected to be investigated with both drivers attending the Stewards office after the race had ended.

Who do you think was at fault? Let us know below. 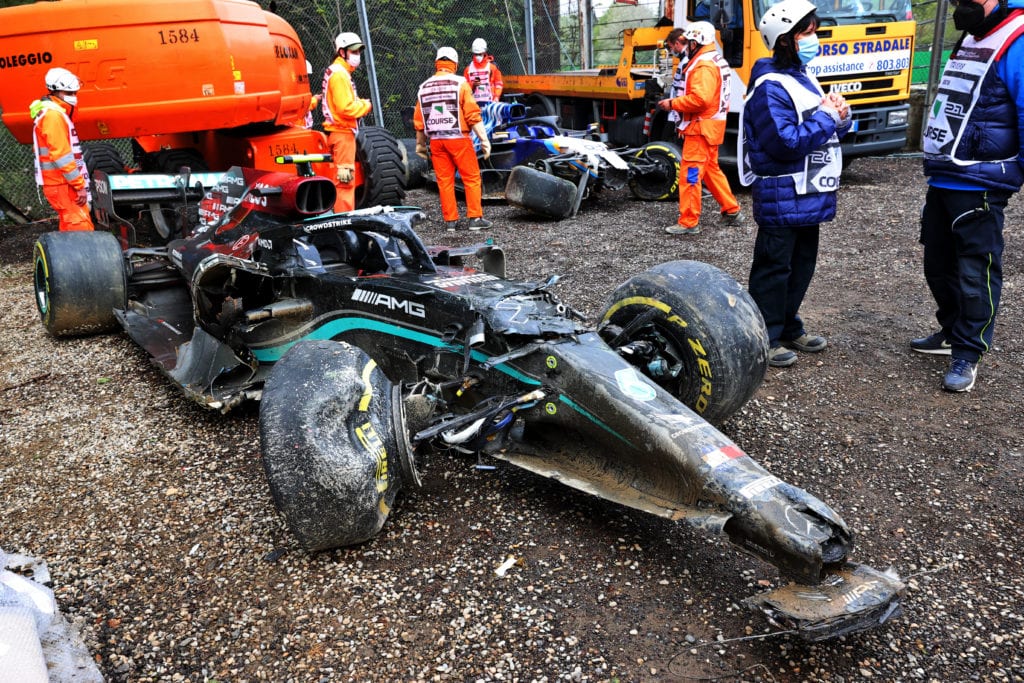