You’ve got to love a qualifying session where you have no idea who’s going to take pole – and that’s what we got at COTA as it looked like a five-way fight for the top spot.

Bottas absolutely nailed his first lap in Q3 – a lap which turned out to be good enough for pole as on the second runs, finding more lap time seemed to be a struggle. It was seriously close, though – Sebastian Vettel nabbed his 100th career front-row start with a lap just 0.012 slower than Bottas’s, while Max Verstappen improved his second run to end up just 0.067 away from pole.

Charles Leclerc was slightly on the back foot following an engine problem in FP3 and did a solid job to end up fourth, but Lewis Hamilton was something of a disappointment. His first run was scruffy and left him a ‘distant’ fifth, while his second run was similarly poor to the point where he aborted his lap. He’ll line up alongside Alex Albon, who’s thrown the cat among the pigeons by starting on the soft tyres for the race, compared to the mediums of those in front of him.

McLaren had been showing rapid pace all day. Lando Norris was third quickest in FP3 and topped the times in Q1, but it was Carlos Sainz who edged it in qualifying once more and will start seventh – but the most impressive thing is that he was only eight-tenths off pole.

Daniel Ricciardo and Pierre Gasly completed the top 10, with Nico Hulkenberg getting the juicy benefit of starting 11th and getting a free choice of tyres.

Qualifying was effectively ruined for Sergio Perez the moment he missed the weighbridge in practice on Friday, relegating him to a pit lane start. As often happens in such cases, he and the team didn’t bother to give it everything in qualifying, which is why he was only barely faster than Robert Kubica. Alfa Romeo’s recent plummet in form continued – both drivers dropped out in Q1.

In case it all goes wrong then apologies in advance, but this is shaping up to be a pretty epic race. The close pace of the top teams bodes well, as does the fact that the teammates are all split up, which could make it harder for teams to cover each other off with strategy – assuming things don’t get totally shuffled at the start, anyway.

It’s also great for Bottas – he now has more poles than his teammate this year and is well-positioned to give himself a shot at winning, which he has to do in order to keep his slim title hopes alive. That’ll be tough with the speed of the Ferraris Verstappen’s sheer relentlessness, but he’s usually pretty strong if he gets out in front, so the start will be critical for him.

Hamilton is still easily the favourite to get the four points he needs to claim title number six, though – regardless of what Bottas does – but fifth isn’t the ideal place to be starting. With the soft-shod Albon behind him and the fast-starting McLarens heading into the tight first corner, he could find himself right in the danger zone. 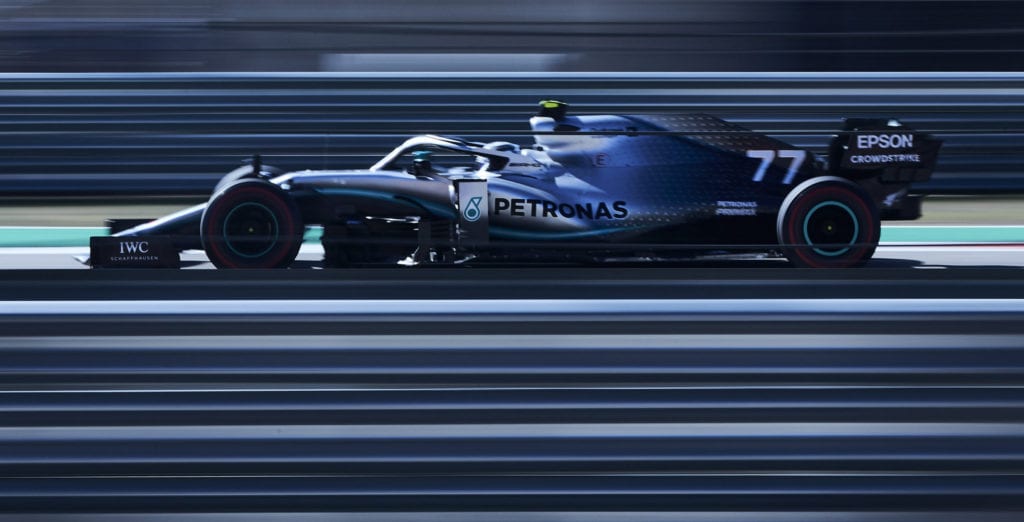