Soon after the start we heard team radio from both Vettel and Daniel Riccardo claiming that Bottas had jumped the start, and although it looked as though he had on replays, the stewards decided it was all fair and legal.

Naturally this proved to be a big moment in the race, but even though the stewards were happy with Bottas’ stupidly fast getaway time Vettel still isn’t buying it.

During the post-race press conference he said that he still believed the Mercedes driver jumped the lights and that it distracted him. When told the Valtteri’s reaction time was just 0.201 of a second, Vettel simply said “Hmmm, I don’t believe that,” with a wry smile on his face. But that’s not the good bit, oh no. The good bit is the look Valtteri gives him at the end.

Bottas’ start was definitely an immense reaction, but that face he pulled at Vettel might just be even better! Who says Finns don’t express emotion?! 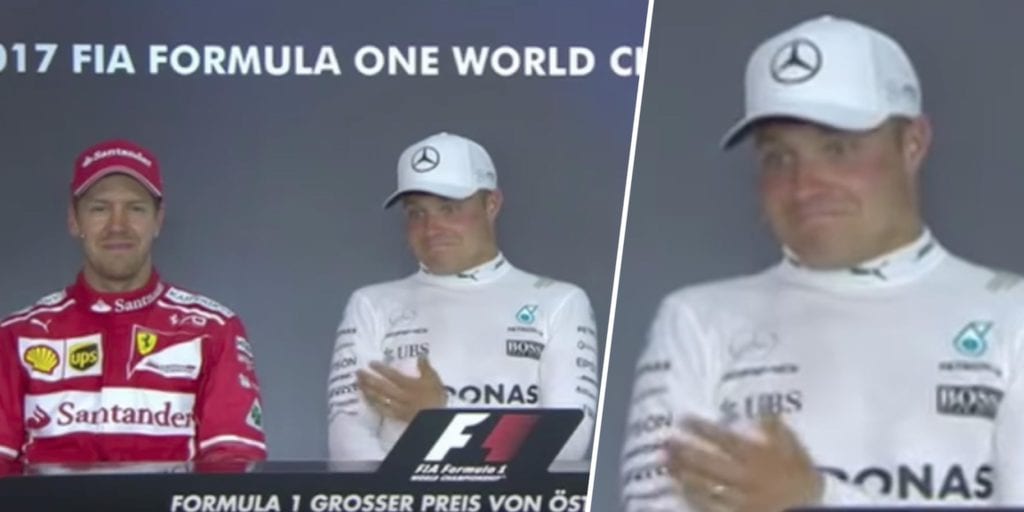