Bottas Had A Big Spin During Shakedown For The Arctic Lapland Rally – WTF1
Skip to content
×
Formula 1 , Rally

Bottas made his rallying debut in this event last year and finished fifth, but this time around things weren’t quite so smooth. He had a tough first day, ending up 22nd, but recovered on day two to finish in ninth overall.

But things were difficult even before the rally started. During a shakedown stage, he clipped a snowbank a bit too hard and spun. Then he got stuck while trying to turn around, requiring the help of the ever-enthusiastic Finnish spectators to get going again.

OK, ninth isn’t as good as his fifth place from last year (or his win in a French tarmac event in December), but it’s still pretty impressive. And if any F1 races in 2020 end up taking place in the snow, he’ll definitely have an advantage… 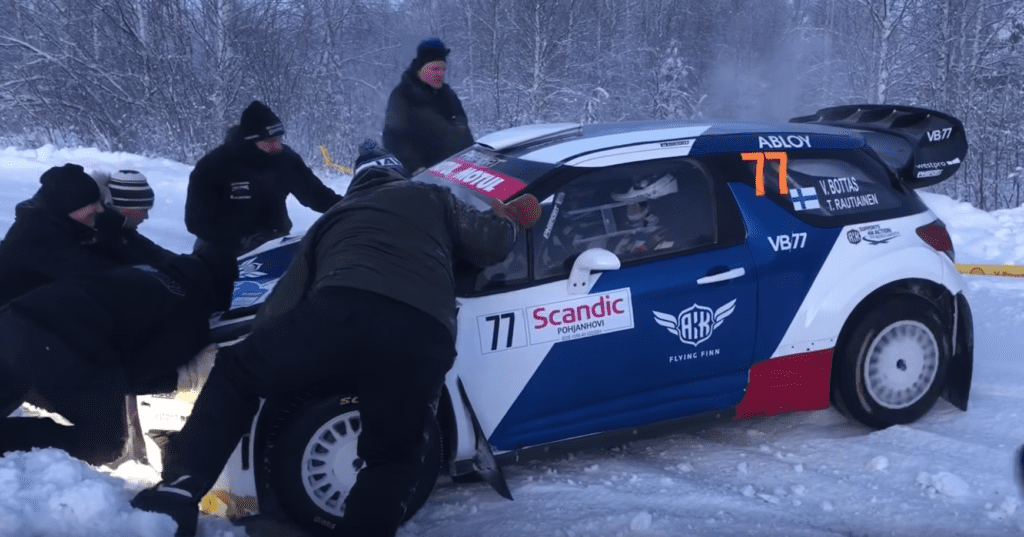