Bottas Has Been Given A 10-Second Penalty For His Collision With Ricciardo – WTF1
Skip to content
×
Formula 1 , News

The earlier clash with Sebastian Vettel was deemed a racing incident, but the damage to Bottas’ front wing seriously compromised his pace, which was already pretty bad thanks to seriously worn tyres. He quickly slipped into the clutches of Ricciardo and on lap 68, the Aussie made his move around the outside of Turn 1.

Bottas didn’t give it up easily and braked late in defence, but the lack of aero caused him to understeer clean into the side of Ricciardo’s car. Once again, Bottas kept going and – just like Vettel – Ricciardo was somewhat fortunate to be able to keep going, eventually catching and repassing him for fourth.

Unlike the Vettel contact, this time the stewards decided Bottas’ driving was worthy of a penalty and added 10 seconds to his race time, the report saying that Ricciardo had given him plenty of room. It’s a reasonable judgment, although given the fact that Pierre Gasly in sixth finished some 23 seconds behind, it doesn’t actually make the slightest bit of difference to the race result.

In addition to the time penalty, Bottas has also been given two penalty points on his super license. Not a great end to the day for the Finn… 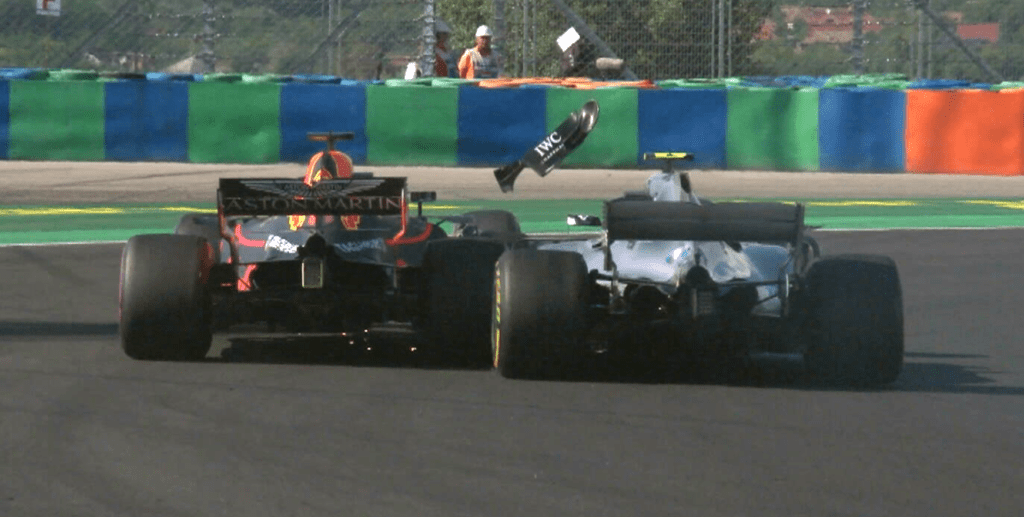