Bottas Has Been Given A Post-Race Penalty For Some Reason – WTF1
Skip to content
×
Formula 1 , News

Bottas Has Been Given A Post-Race Penalty For Some Reason

In all the chaos of the first corner, it was easy to miss that Bottas ran into the back of Sirotkin, damaging his front wing. Bottas had to pit again whilst Sirotkin carried on with no issues. An understandable first corner incident, story over, no harm done. Right?

Errrm, no. For some reason, the stewards have decided to give Bottas a five-second time penalty and two points on his superlicence. The stewards’ statement read:

“The driver of car 77 admitted the collision was his fault, that he had completely misjudged the situation and that the braking of car 35 caught him by surprise and that he should’ve left more margin.”

Bottas finished over seven seconds ahead of fifth-placed Perez, so the race result isn’t affected at all. You have to say it’s a bit of a strange penalty, though, given that neither driver’s race was really affected. It’s also weird that it took so long for it to be issued.

When you think of past penalties, it’s not exactly the most consistent decision either – in the French GP, Sebastian Vettel was given the same penalty for shovelling Bottas off the road at the first corner, a far more destructive incident than Bottas lightly damaging his own car on the back of Sirotkin… 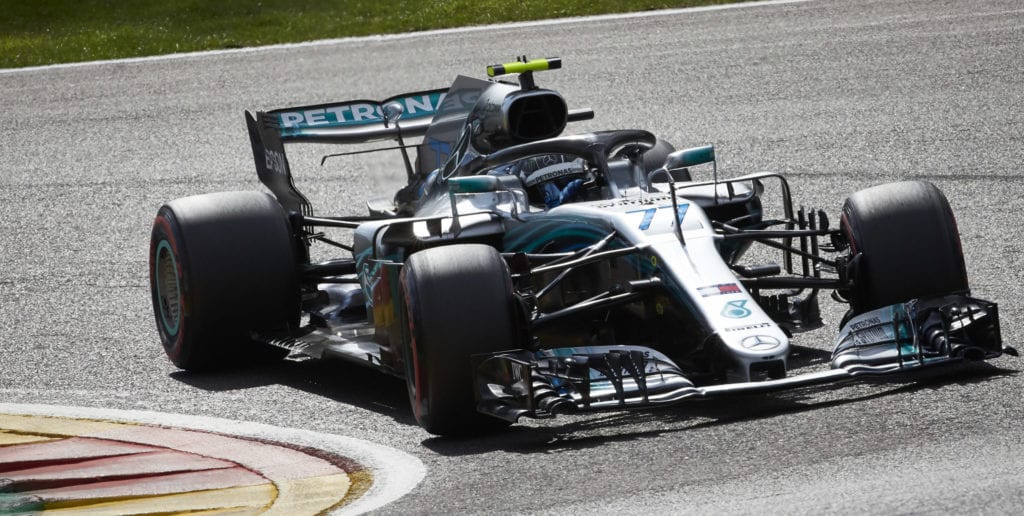