Bottas Made Such A Good Start In The Austrian GP Everyone Thought It He’d Jumped It – WTF1
Skip to content
×
Formula 1 , News

Valtteri Bottas got an absolutely mega start in the Austrian Grand Prix. In fact it was so good that Sebastian Vettel and Daniel Ricciardo came on the radio to say that he’d jumped the lights.

Replays showed it was a close call, but a stewards investigation cleared him of jumping the start as data showed he’d reacted in an incredible 0.2 seconds.

It definitely looks as though he was moving as the lights were still on, and many will wonder how he managed to get away with it. However it’s worth noting that the framerate on the TV pictures makes it impossible to judge ahead of all the various bits of data the stewards have, even if this gif makes it look like he did jump the start.

Either way, that’s pretty much as quick a reaction as it’s possible for a driver to make! 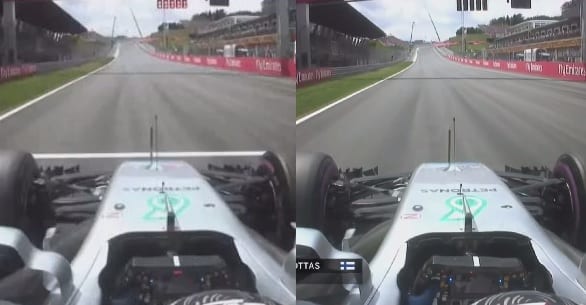