Bottas Might Have Just Taken Pole Position For The Japanese GP

We’re not usually too fussed about the results of practice sessions, but this weekend is something of an exception – or at least, FP2 is. That’s because the threat of the typhoon and bad weather has played havoc with F1’s schedule and led to FP3 being cancelled and qualifying being moved to Sunday morning.

That makes the schedule to get everything done and dusted on Sunday is quite tight and priority therefore has to go to getting the race completed. Therefore, if there are any significant delays to qualifying on Sunday morning – whether that be down to the weather or red flags or whatever – then the stewards have made the proactive decision to say that the grid for the race will be set by the times from FP2.

The teams and drivers knew this and therefore put perhaps a bit more effort into setting a rapid FP2 time than they usually might. The result? Valtteri Bottas fastest ahead of Lewis Hamilton and Max Verstappen, with the Ferraris seemingly off the pace in fourth and fifth.

That’d give Bottas the 11th pole of his career – and surely one of the most unusual ones in F1 history.

Bottas would probably be pretty pleased to see qualifying having to be cancelled completely, as might the likes of Carlos Sainz, Sergio Perez, and Pierre Gasly.

On the other hand, Ferrari would probably like another chance to really crank everything up and use its mega engine modes to try and get a bit further up. And Renault will surely have been hoping to beat more cars than just the two Williams… 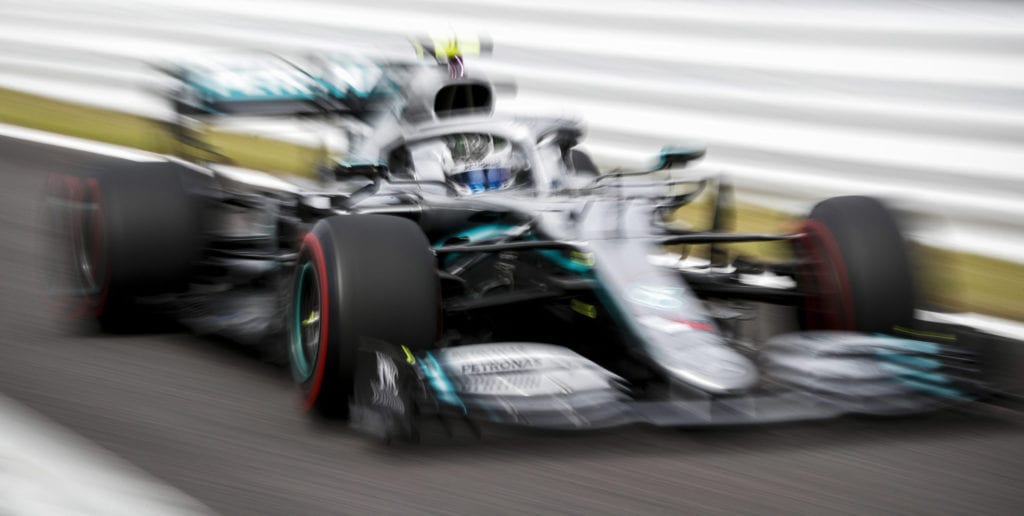