Not since 2014 has Hamilton been outqualified for his home grand prix and, just as it was the last time he missed out, it was his Mercedes teammate who denied him the top spot. Bottas’s first run in Q3 was enough to put him ahead by almost a quarter of a second as Hamilton had a bit of a moment coming through Brooklands and into Luffield. Both went out again and while the Finn couldn’t quite match his first time, Hamilton was improving. Ultimately, despite setting the fastest final sector, the rest of his lap wasn’t quite good enough, he couldn’t quite match Bottas’s effort and missed out – by just 0.006 seconds.

Charles Leclerc also looked like a possibility for pole but ended up third, less than a tenth off Bottas, while Max Verstappen did a good job to go fourth – not just because of the position but because, at less than two-tenths off Bottas, it indicates that Red Bull has a good chance of being in the mix in the race once again.

Speaking of good efforts, Pierre Gasly had been on form all weekend – even looking quicker than Verstappen – and although he couldn’t quite match his teammate when it came to the critical moment, fifth place and just half-a-second away from pole represents easily his best performance so far this season. At the other end of the scale, Sebastian Vettel was incredibly disappointing. After scraping through Q2, he only ended up a distant sixth.

Daniel Riccardo wins the best-of-the-rest honours this weekend ahead of Lando Norris, with Alex Albon doing a solid job to put his Toro Rosso ninth (especially as Daniil Kvyat dropped out in Q1). Nico Hulkenberg rounded out the top 10 on a weekend where Renault is looking closer to McLaren than it perhaps has been in the last couple of races.

For that reason (and the fact that Norris ended up in eighth) Carlos Sainz will be a bit miffed to end up only 13th behind the two Alfas. Haas’s struggles continued with Romain Grosjean 14th and Kevin Magnussen 16th, something William Storey is probably having… feelings… about. Expect some sort of claim later about how him supposedly withdrawing Rich Energy’s sponsorship has caused the team to lose pace following Magnussen’s fifth in Austria a couple of weeks ago.

The race should be a cracker, though – not just because the top three teams were so closely matched in qualifying, but because there are so many variables. Two of the three practice sessions were rain-affected, nobody is quite sure how the new surface will behave, and the Mercedes drivers are starting on the mediums – everyone around them will be on softs.

Usually, a Mercedes front-row is cause to be pessimistic, but this weekend? It seems like it could be anyone’s game! 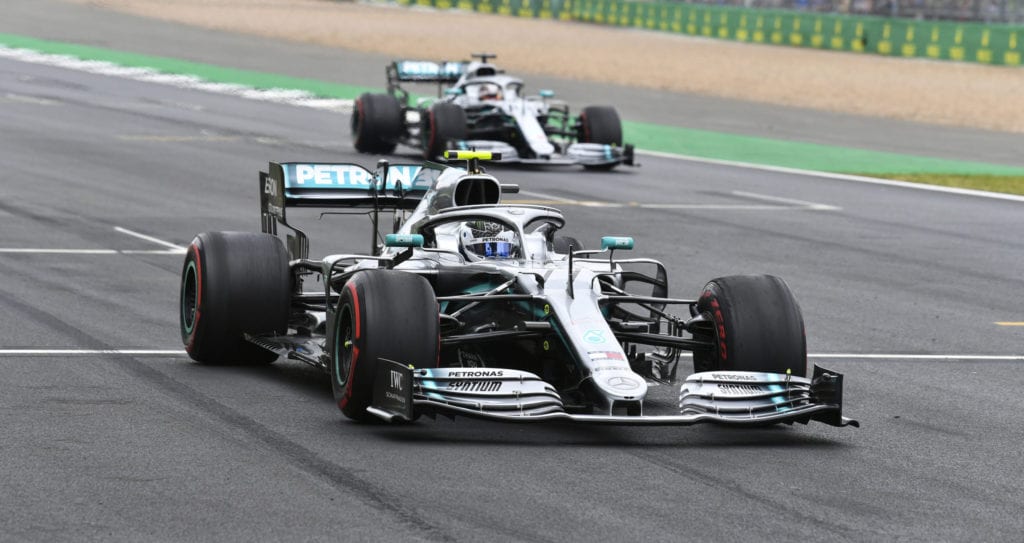