Bottas Sees Off Hamilton In A Tense Fight For Victory In Baku – WTF1
Skip to content
×
Formula 1 , News

By the standards of the last two years, the Azerbaijan Grand Prix wasn’t exactly a thriller, which is probably why you might be feeling a little bit ‘meh’ at the end. However, if a race like this where four drivers from three different teams were separated by seven seconds in the closing stages of the race – and getting closer – had happened at any other track it’d probably have been considered brilliant.

As it was, the late Virtual Safety Car deployment to clear away Pierre Gasly’s stricken Red Bull seemed to spread things out slightly and kill the momentum and tyre temperatures of Sebastian Vettel and Max Verstappen, both of whom looked like having a chance of catching the Mercedes at one point.

Even so, there was the potential for drama in the closing laps as Hamilton edged into Bottas’ DRS zone, only for a slight error on the penultimate lap to ruin any remote chance he had of challenging his teammate on the final lap.

For the Mercedes personnel that was probably a good thing as most of them will have sucked up the cloth on their seats as the two drivers went side-by-side through the first sector of the first lap, Bottas 2.0 fending off Hamilton.

Charles Leclerc looked a genuine threat for a podium in the early stages as the medium tyre proved to be the one to be on – if he could run long enough and maybe have the help of a safety car, he’d have been in prime position to fight with the front-runners on the faster soft tyre at the end of the race. As it was, the softs didn’t seem to be too much quicker and he was relegated to a distant fifth, even having time for a second stop in order to grab the extra fastest lap point.

Max Verstappen also looked a threat in the middle phase of the race as his Red Bull looked perfectly suited to the conditions and he consistently closed down the gap to the leaders. Fourth is another solid result for the team, though – how competitive can Verstappen and Gasly (who finally looked comfortable in the car for the first time this season) be at the upcoming twister tracks like Barcelona and Monaco?

After running as high as fourth in the early stages, Sergio Perez drove beautifully to finish sixth, fending off the two McLarens of Carlos Sainz and Lando Norris. Lance Stroll had another drive through the field to finish ninth, with Kimi Raikkonen managing to go from the pit lane to 10th.

The most bizarre incident of the race happened between Daniel Ricciardo and Daniil Kvyat while battling over 10th. Ricciardo went up the inside of Kvyat into Turn 3, only to outbrake himself and go down the escape road, which also prevented Kvyat from turning in. Then, Ricciardo reversed into the side of Kvyat, ultimately causing both to retire.

Bottas’s win not only rights the wrong of his galling puncture in last year’s race, but also gives him the championship lead back from Hamilton. For the second time in four races, Ferrari has walked away from a race it could have won with just a third and a fifth. Barcelona could be a proper test, given how quick the team looked there in pre-season testing, but even at this early stage it’s looking increasingly likely that this is going to be a championship fight between the two Mercedes guys.

Thankfully, unlike the two previous years, it could actually be a proper battle. 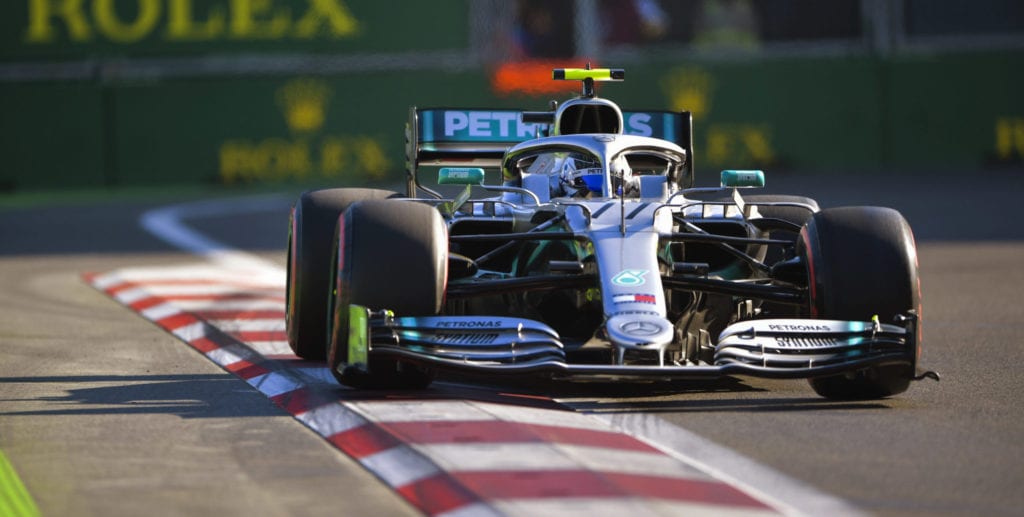