Hands up who had Bottas down to win the first race of the season in such dominant fashion? It’s a result few could have seen coming but the Finn has reset himself over the winter and the result appears to be a driver who’s fired up and looking more than capable of challenging at the front for the whole year. He was certainly happy with his first win since Abu Dhabi in 2017, calling it the best drive of his career:

“I don’t know what to say. The start was really good. It was definitely my best race ever. I don’t know what happened, I just felt so good and everything was under control. The car was so good today. Truly enjoyable, and I need to enjoy today.”

The best comment from the normally-restrained Bottas, however, came on the team radio after the race, where he sent a message to those who’ve written him off in the past:

How good is that!? Bottas really isn’t messing around this year. After the race Bottas explained his off-the-cuff comment, telling Autosport:

“It just came, I just wanted to send my best regards. That’s it. Honestly, I didn’t think about it or plan it, it just came. Obviously there are many people who support you, and honestly I appreciate that a lot. There are always ups and downs, and you can really see the true support quite easily. And then through the difficult times there’s the other part, which is a lot more negative. That’s their weakness, so it’s fine.”

Of course, winning the first race of the season is one thing – whether or not Bottas can continue that form across the rest of the season is quite another. One thing’s for sure, though – his confidence and self-belief seem to be higher than ever before. In F1, that can count for a lot. 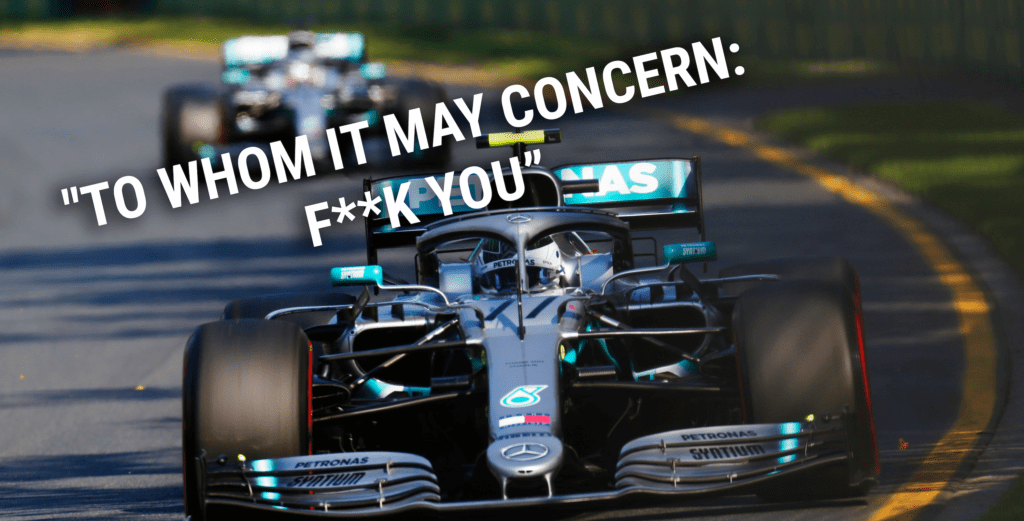