As is often the case at Suzuka, the key moment of the race came at the start – and for those at the front, it was messy for most of them. Sebastian Vettel’s Ferrari moved a fraction before the lights went out and though he stopped quick enough to prevent a penalty, it compromised his getaway and Bottas swept past into the lead.

Charles Leclerc also had a poor start and was being challenged around the outside of Turn 2 by Max Verstappen. The Red Bull looked to have got ahead and left plenty of space on the inside, but Leclerc perhaps tried a bit too hard to fight the position and ended up simply ploughing into the side of Verstappen.

Lewis Hamilton also made a bit of a miserable start and found himself banging wheels with Carlos Sainz and then spent three laps being showered with debris from Leclerc’s damaged Ferrari, the 21-year-old initially refusing to pit for repairs.

As Bottas charged off up the road the race became a question of strategy. Ferrari blinked first and committed to a two-stopper as Bottas covered him while an increasingly disgruntled Hamilton ran long, opening up the option for a one-stopper as tyre degradation proved higher than expected. After the second round of stops, there was a brief moment where it looked like Hamilton might stay out and pinch the win, but Mercedes called him in for a second stop and he spent the final laps harrying Vettel for second, though he was unable to really find an opportunity to pass.

Alex Albon also had a poor start, but thanks to the pace of the Red Bull and an incredibly tough pass on Lando Norris was able to grab a career-best fourth. The ever-impressive Carlos Sainz a very comfortable fifth ahead of the recovering Leclerc, though there is a potential penalty hanging over is head following the first lap incident with Verstappen (who retired as a result of the damage).

After a nightmare qualifying the Renaults were on it in race trim as both drivers moved through the order into the points, Daniel Ricciardo brilliantly going from 16th to seventh and Nico Hulkenberg from 15th to 10th. Pierre Gasly was also having a good weekend and ran solidly in the top 10 for pretty much the whole race, only to crash into Sergio Perez in a near mirror image of the first lap crash between Leclerc and Verstappen. Perez was put into the barriers but thanks to a fault with the timing system has been classified ninth – once that’s all shaken out, Hulkenberg should move up to ninth and Lance Stroll should be promoted into the final points position. 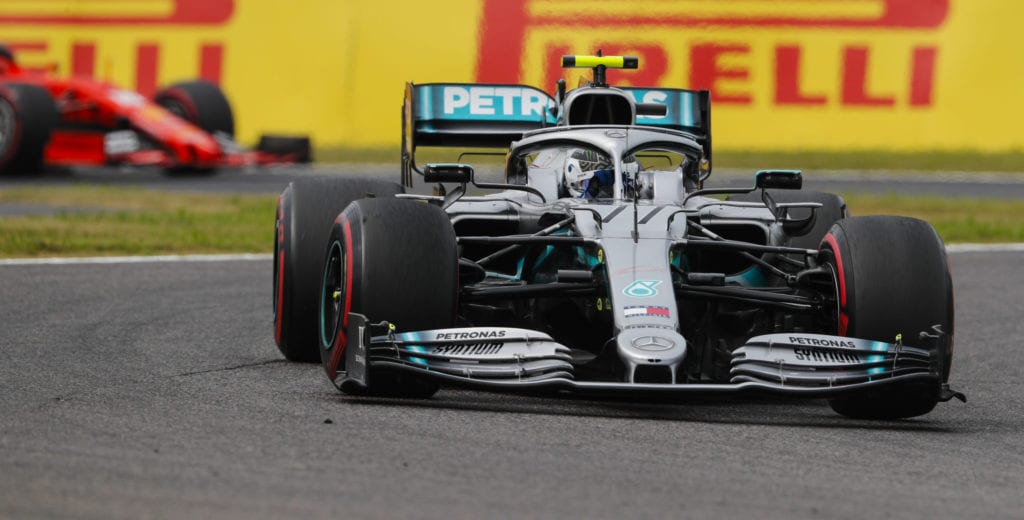