Bottas Takes His Third Pole In A Row A Massive Six Tenths Ahead Of Hamilton – WTF1
Skip to content
×
Formula 1 , News

Pretty much from the start of the weekend, the qualifying battle (and presumably the race, too) was only ever going to be between the two Mercedes drivers. Despite a spin in FP2 it ended up being Valtteri Bottas all the way – three tenths faster in Q1, setting a track record and dipping into the 1:15s in Q2, and then a stonking first Q3 lap that not even Lewis Hamilton had an answer for.

In fact, nobody really had an answer as the top four drivers all failed to beat the times from their first run, leaving Bottas on pole by more than six-tenths of a second, easily the biggest pole margin of his career. Hamilton remained second as Sebastian Vettel ended up third on a weekend where Ferrari is not only struggling a bit, but is even further off the pace than expected.

Max Verstappen was close behind in fourth, while Charles Leclerc had a bit of a miserable session. He made a small mistake in Q2 which appeared to damage the car which compromised the rest of his session, leaving him a slightly distant fifth with Pierre Gasly completing the top six.

Haas was simultaneously impressive and disappointing – impressive because Romain Grosjean and Kevin Magnussen are comfortably back at the head of the midfield after a few tricky races, but slightly disappointing because during practice it looked like the team might have been able to mix it with the top six. Then again, maybe it’s naive to think for a moment that the midfield teams can challenge the big three with the way the sport is at the moment…

Daniel Ricciardo also did a good job to make it into Q3 after only just scraping through Q1 – Nico Hulkenberg’s session went the other way, running wide at Turn 4, damaging the car and dropping out of Q1 along with Lance Stroll, Antonio Giovinazzi and the two Williams drivers.

In fact, Williams is worth a mention – or more specifically, George Russell. Despite spinning in FP3 and qualifying he dragged the best performance from the FW42 that we’ve seen yet, getting within four-tenths of Giovinazzi’s Alfa Romeo and a whopping 1.2 seconds faster than Robert Kubica. The first sign that Williams is edging towards some semblance of competitiveness?

As ever, the start is critical in Barcelona and it’s a long-old run down to the first corner. Sadly, that’s likely where the race is going to be decided, what with how tricky overtaking is at this track, but there could be some hope. Mercedes looks so far ahead of the other teams here that it might need to keep a strategic eye on Ferrari and Red Bull – that could open the door for Bottas and Hamilton to have a proper fight. And if Mercedes is going to end up dominating this season, that’s what we all want to see, right? 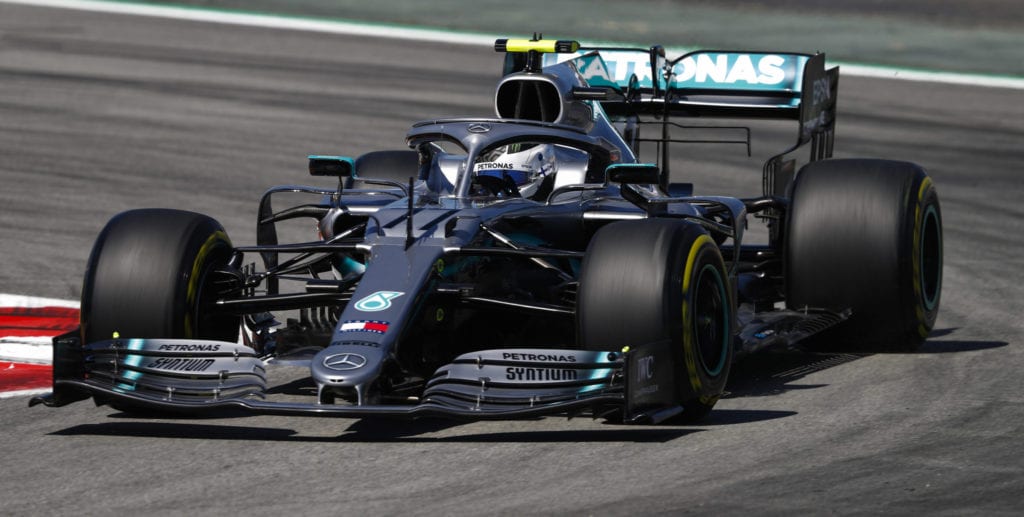