Bottas managed to dip into the 1:02’s with his first run in Q3, slightly faster than Lewis Hamilton could manage. However, on his second and final run Bottas ran into the gravel at Turn 4, costing him a chance to improve. It didn’t matter, though – Hamilton improved, but was still just shy of his teammate’s earlier lap, leaving him second on the grid.

Max Verstappen claimed third but the real surprise was McLaren. With all eyes on Racing Point being the team to mix it with the traditional front-runners, Lando Norris put in an absolutely boss lap to qualify an immense P4 – seven-tenths off Mercedes and just over one-tenth slower than Verstappen. Not bad at all!

The real shock came in Q2 and it concerned Ferrari. Expectations weren’t particularly high for the Scuderia – the SF1000 hasn’t had any updates since its testing spec and won’t do until Hungary. But while the pace isn’t quite there, few would have expected the team to barely be quick enough to even make it to the final part of qualifying – Charles Leclerc scraped into Q3 in 10th, eventually qualifying seventh, while Sebastian Vettel dropped out in Q2 and will start 11th.

Esteban Ocon would also be disappointed, ending up a lowly 14th and well off the pace of teammate Daniel Ricciardo. Alfa Romeo also struggled, ending up down in 19th and 20th. One glimmer of hope came at Williams, though. George Russell managed 17th and was just a few hundredths away from making it into Q2. It’s a small step, but the team at least looks like it’ll be able to fight with others this season.

You hate to say it but Mercedes looks, quite frankly, unbeatable. Aside from unforeseen reliability issues, the only possible fly in the ointment could come through Max Verstappen. He was the only driver to use the medium tyres in Q2 and will therefore start on the more durable compound for the race, which should give him and the team more strategy options. Is that enough to overcome the gap to Mercedes, or will it just be a fight between Bottas and Hamilton? 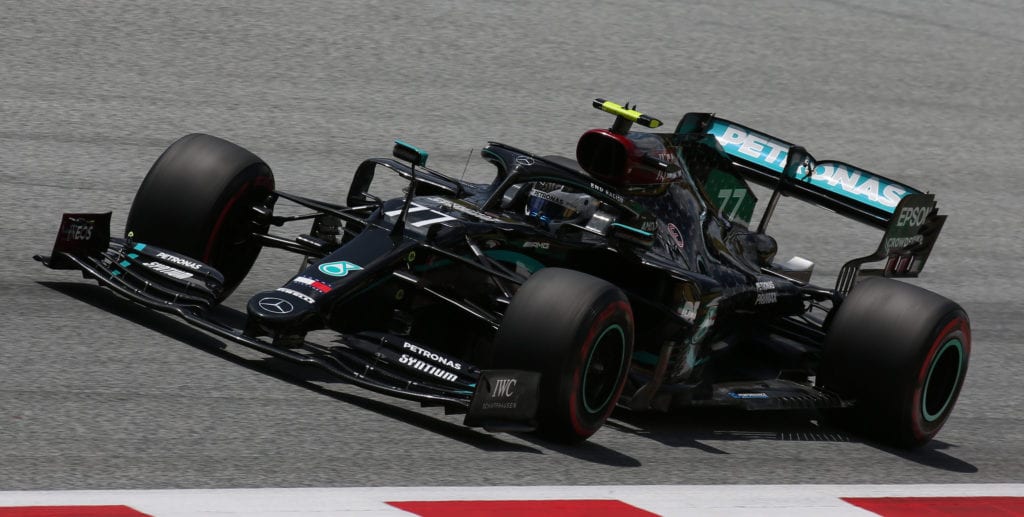