Bottas Is OK With Mercedes’ Team Orders In Singapore For Some Reason – WTF1
Skip to content
×
Formula 1 , News

This left Valtteri Bottas plenty of time to make the undercut work and jump ahead of his teammate – just as had happened with the Ferrari drivers. However, unlike Ferrari, Mercedes decided that letting Bottas gain such an advantage over his teammate wasn’t the right thing to do – cue the meme radio message beginning “Valtteri, it’s James…”

Bottas – a driver in contention for the championship – was told to dramatically back off his pace in order to ensure that Lewis Hamilton – his title rival – could get out of the pits ahead of him.

It was a bizarre turn of events which was slightly overlooked following the unexpected switcheroo at Ferrari and it smacked of Mercedes forcing Bottas into a wingman role again.

However, that wasn’t quite the case. Just like how Ferrari wasn’t concerned about the order its drivers were in for a one-two, Mercedes wasn’t fussed about which order the cars finished in, only that they finished in the best possible position. The team could well have let Bottas keep on pushing to jump ahead of Hamilton, but that problem is that Hamilton wasn’t just under threat from his teammate. Behind Bottas, Alex Albon had also pitted and wasn’t too far behind. If Bottas had carried on at his normal pace there was a real chance that Hamilton wouldn’t have only lost a place to Bottas, but to the Red Bull as well.

Would Hamilton have been able to pass Albon on track? Maybe – but giving up track position is something teams have to think very hard about at the best of times, let alone somewhere like Singapore. As well as ensuring the cars would be running fourth and fifth instead of fourth and sixth, it also gave the team a better chance of achieving more. Sitting in fourth on significantly fresher tyres than his rivals, Hamilton would have had a bigger chance of recovering to the podium were it not for the safety car interruptions.

So, from a Mercedes viewpoint, the plan made perfect logical sense. For Hamilton, it was a nice little bonus. But from Bottas’s perspective? Yes, being a team player is a good thing, and undoubtedly part of the reason why the team extended his contract to the end of 2020. But that’s the point – he has a contract for next year. And although he’s a way behind his teammate in the championship, this was a chance for him to take a few points out of that lead – and potentially get into Hamilton’s head a bit. OK, so his title chances are slim, but he at least has one at the moment – who knows how next season will turn out for him, not to mention where he’ll be driving in 2021.

Instead, he accepted his fate, backed off, helped the team, and hurt himself. Charles Leclerc was fuming at how things worked against him at Ferrari and that basically stemmed from an accident. Mercedes actively took a decision which harmed Bottas’s chances as an individual for the good of the team.

He did it, no questions asked, but you’d think he’d be pretty miffed at the whole situation, right? Well, perhaps underneath it all, he is. But after the race, he was surprisingly quick to accept the situation. As quoted by F1.com:

“We have certain rules. The car ahead always gets the priority with the strategy and then if you try to offset the car who was behind first, if he benefits from it like I did, and if I wanted to get ahead [of Hamilton] it would have been easy.

“But we have certain rules and it’s both ways, so next time I’ll be in his situation it’s going to be the same for me, so that’s fine. Obviously there was potential for better today but those are the rules.”

Ahh yes, next time. But when will the next time be? How long will it be until there’s a situation where Bottas is running in front, Hamilton pits and gets the undercut and has to back off to protect his teammate and score the best possible result for the team? I have no doubt all the parties involved would play nicely should the roles be reversed, but I just can’t see it happening. It’s like if you and a mate go out for lunch and you have to pay, but your friend says “I’ll get the next one”, knowing full well that the “next one” will be in such a long time that everyone will have forgotten about it.

In some ways, Ferrari and Mercedes both made strategy calls which were both right and wrong at the same time – their decisions got the desired result (OK, Mercedes’ overall result was poor) but left one driver with the short end of the stick. 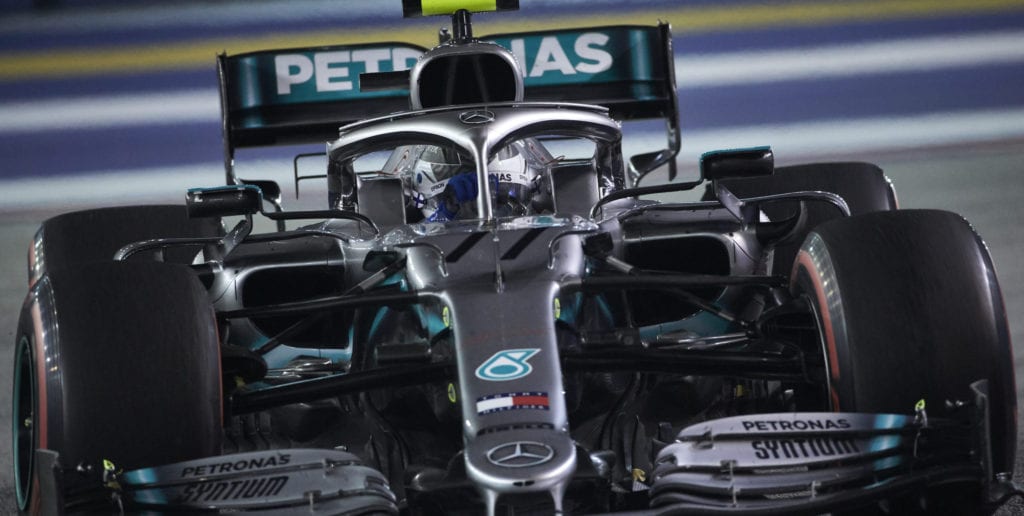