There’s a general feeling that 2019 is a last-chance saloon for Bottas. Anything less than at least challenging Lewis Hamilton would probably result in Mercedes taking a punt on Esteban Ocon, leaving the Finn trying to find a seat in a midfield congested with talent.

Over the winter, Bottas has reset. He’s got his head in the right place, grown a beard and, thanks to the new ruling for minimum driver weight, has been able to bulk up. He’s come in with a more determined attitude than ever and, after a pretty decent qualifying lap, stepped it up even further in the race. He didn’t just challenge Hamilton, he totally crushed him. Lewis made a good start but Bottas’s was simply better – he took the lead and from then on simply drove away, eventually winning by a whopping 20.8 seconds and even grabbing the extra point for fastest lap along the way.

Hamilton’s lack of pace put his second place under threat – but not from the Ferraris as expected. Sebastian Vettel was the first of the front-runners to pit but never really found any speed as a result, while Charles Leclerc had a scruffy first stint. Max Verstappen was the beneficiary and was able to run a long first stint and when he pitted had the pace to pass Vettel for third. He even had the pace to reel in Hamilton toward the end of the race and though he couldn’t quite get close enough for a pass, a podium for the Red Bull-Honda package in its first race is seriously encouraging.

The midfield was about as crazy as everyone expected with huge groups of cars fighting for the lower reaches of the points. Antonio Giovinazzi had a fairly successful audition to become the new Jarno Trulli, holding off a train of faster cars while on old tyres which provided plenty of excitement as Lando Norris fought to find a way past. That allowed drivers who ran longer – Lance Stroll, Daniil Kvyat and the recovering Pierre Gasly – to jump up the order and provide a tasty battle for ninth in the latter stages of the race.

Daniel Ricciardo had a bad time in his first race for Renault – he’d barely made it past the start line when he ran onto the grass, hit a bump and ripped off his front wing, which later led to his retirement. Carlos Sainz paid tribute to Fernando Alonso when his McLaren set itself on fire at the side of the track, and Romain Grosjean’s race was ended when his wheel came off following another pit stop mishap from Haas in Australia. Both Williams did finish, albeit two and three laps down – Robert Kubica broke his front wing at the first corner.

As Australian Grands Prix go, it was a fairly decent one. Unusually there were no safety cars, but there was enough action to keep things interesting and it suggests that the new wings and more effective DRS have had a positive impact on the racing. That extra point for fastest lap seems to have had more of an effect than expected, too.

There are still a ton of questions up in the air, though. Will Mercedes still be as fast on more normal circuits? Will Ferrari show better pace? How crazy will the race in Bahrain be? And how will Bottas carry forward this new-found wave of confidence and speed? 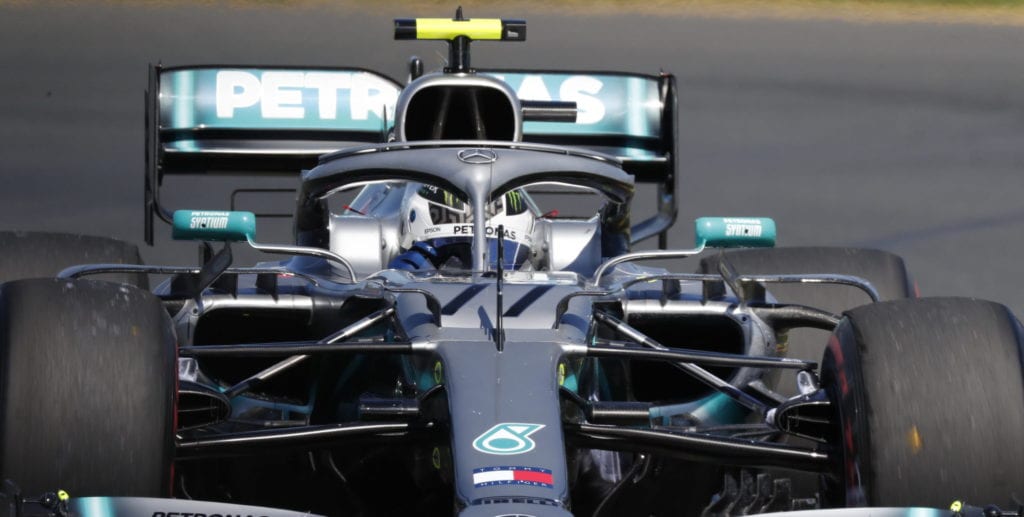