Bottas Went Off The Track In FP1 Whilst Trying To Get Out Of Someone’s Way – WTF1
Skip to content
×
Crash , Formula 1

Valtteri Bottas had a strange moment towards the end of the first practice session at Spa when he went off the track at the Fagnes chicane and nudged the wall.

It looked like a bit of a weird crash, and it turned out it happened because he didn’t want to impede a faster car. In trying to keep out of the way as much as possible he got on the grass a bit and ended up running across the gravel.

Despite coming to a stop after tapping the barrier, Bottas managed to get his car back to the pits. Aside from a bit of front wing damage the car was fine and he managed to get back out on track before the end of the session.

A bit of an odd incident, sure, but probably a better outcome than risking a penalty for holding someone up! 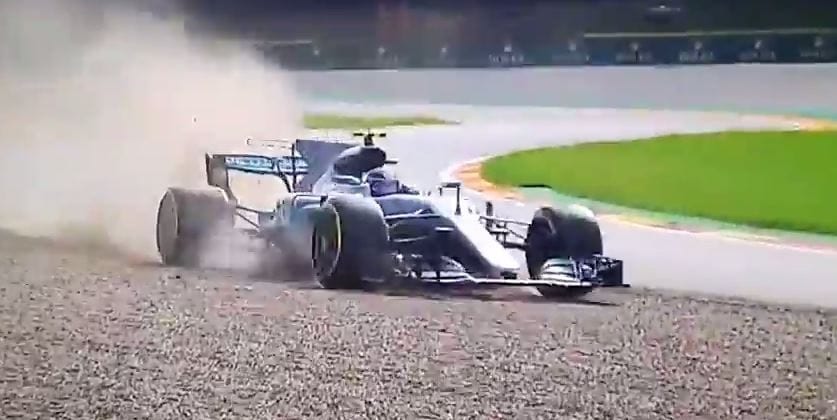