Bottas kept his lead at the start, chased by Max Verstappen, and when the two pitted early on virtually committed themselves to two stops. But Hamilton, doing his usual trick of running long, was going to try and make a one-stop strategy work. He almost managed it, too, but in the closing laps his tyres just ran out of grip. He managed to repel his teammate once, but on the next lap Bottas had the drive and powered past on the back straight, going onto claim a superb win – and perhaps one of his best.

Hamilton then had to deal with Verstappen, who’d been there or there abouts for the whole race but the Red Bull just lacked the ultimate pace of the Mercedes. The moment he got close enough to challenge for second, yellow flags came out at Turn 12 for Kevin Magnussen’s stricken Haas, denying Max the chance to use DRS and have a go. He stayed third as Hamilton completed the Mercedes one-two – and with it took his sixth world championship.

We were hoping to see three teams fighting at the front, but unfortunately, Ferrari just didn’t turn up. Sebastian Vettel had a horrible, gripless opening lap and dropped to seventh before his suspension failed on lap eight, while Charles Leclerc had an incredibly lonely race to fourth and ended up a minute behind the winner.

He’d probably have been beaten by Alex Albon, too, but he got caught up in a collision with Carlos Sainz at the first corner and dropped to last with a first-lap pit stop. He recovered brilliantly from there to end up fifth, with Daniel Ricciardo jumping the McLarens to grab sixth. Behind Sainz and Lando Norris was Nico Hulkenberg, with Sergio Perez brilliantly going from the pit lane to 10th on the unfancied one-stop strategy.

Kimi Raikkonen finished 11th ahead of Daniil Kvyat, who was hit with a five-second penalty for a last lap collision with Perez. Pierre Gasly had been in the tight scrap for the lowe points but his tyres died of death at the end of the race and he plummeted to 16th.

But despite Bottas’s brilliant win, the fighting spirit of Verstappen, the superb recovery drives of Albon and Perez and the… existence… of Robert Kubica (who retired at mid-distance), the day – and indeed the season, and most of this decade – only belongs to one person: Lewis Hamilton.

Six championships is a monumental achievement and suddenly beating the records of the great Michael Schumacher doesn’t just seem possible, but almost inevitable. The only thing that could harm his chances is if Mercedes suddenly forgets how to build racing cars. And they’ve been unbeaten for six seasons, so that doesn’t exactly seem likely… 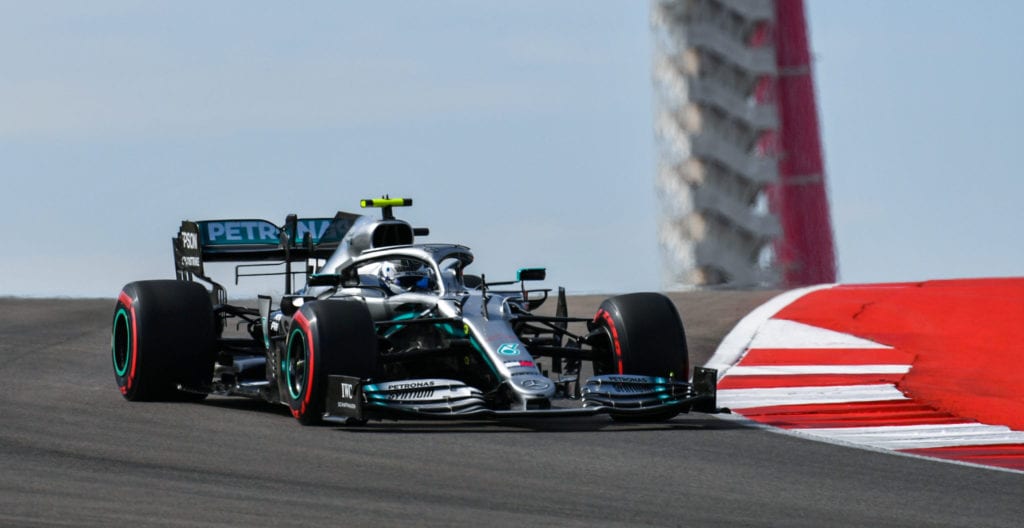