In case you were living under a rock for the entire United States Grand Prix weekend, you’ll know that Brad Pitt was on the ground taking notes for his new movie. The Hollywood star got about as much TV airtime as some of the F1 cars but was slated for ignoring Martin Brundle on his famous grid walk on race day.

Brundle, who made headlines at the event last year after dishing back some serious sass to Megan Thee Stallion’s bodyguards on the COTA grid, tried to chat with Pitt, but he was having none of it.

Brad Pitt making a movie about F1 but not knowing who the voice of the sport Martin Brundle is🫠 pic.twitter.com/Xh3E28xTa8

Instantly memes were generated, including putting the awkward moment on the grid to the Shania Twain lyric, “so you’re Brad Pitt? That don’t impress me much.” Genius.

Martin has now revealed that Brad actually reached out to him after their awkward encounter.

“Got a note from Brad Pitt explaining what happened with our near miss on the Austin grid,” he Tweeted. “Unnecessary, but nice of him.”

Got a note from Brad Pitt explaining what happened with our near miss on the Austin grid. Unnecessary, but nice of him. Absolutely nobody is obliged to talk to me on the grid, but as I endeavour to make 10/12 minutes of live and unscripted sports TV I’m obliged to at least ask.

We don’t know why Brad was not wanting to chat, but he did say that information about his new movie was “top secret”.

What are your thoughts on celebrities on the F1 grid? Let us know. 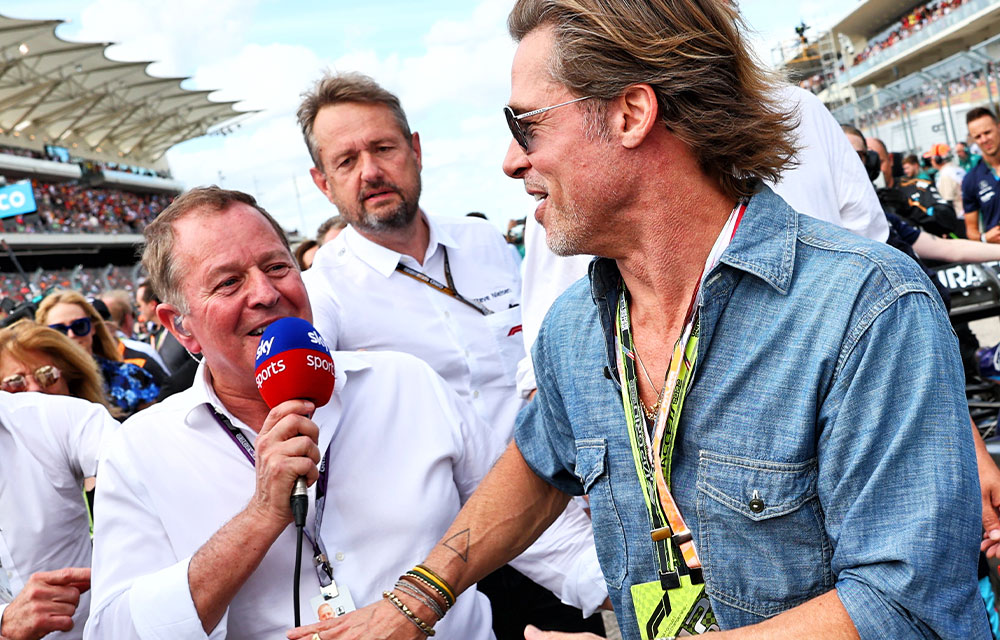