Suffering brake failure on the run to the first corner at the Albert Park Circuit is never good and it resulted in this massive shunt during the opening Supercars race.

F1 is supported by the Supercars series in Australia, with a non-championship round taking place every year and consisting of four races.

The first took place on Friday between F1’s practice sessions and featured this nasty crash between Percat and Holdsworth, after Percat’s brakes failed on the run to Turn 1 at over 155mph.

His car speared right, before sliding into the side of Holdsworth’s Supercars machine at high speed. The impact completely destroyed the back ends of both cars.

It was a massive impact but thankfully, despite a few knocks, the two drivers emerged from the crash unscathed. 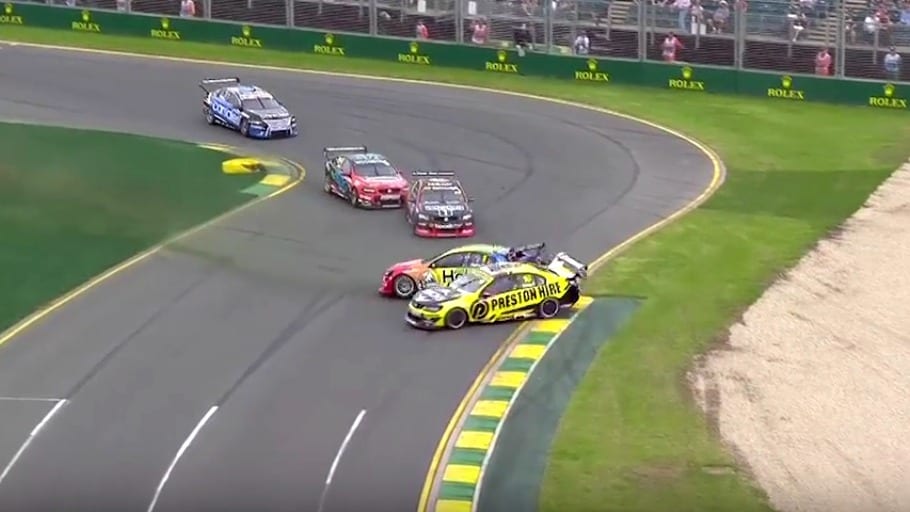