Brawn Says Formula 1 Will Try And Help Save Force India

It’s a bit rubbish that a team which has managed to finish fourth in the constructors’ standings for two consecutive years can find itself in financial ruin. There are factors at play beyond anything a redistribution of prize money enforced by Liberty Media would influence, be it the controversy that surrounds Vijay Mallya generally or the vetoing power of some midfield rivals.

But for the short-term, F1’s motorsport director Ross Brawn has voiced his support and hopes that the highly-popular team will remain a part of the F1 family. He told ESPN:

“Formula 1 will be doing all in its power to ensure the team survives and I truly hope that in the coming days and weeks its future is resolved. Over the past few years the Silverstone-based team has been an amazing example of what can be done with limited resources, showing that what you do and how you do it is much more important than the size of your budget.”

This is Liberty’s first proper season of steering F1 with autonomy. It remains to be seen what regulatory fail-safes will be implemented in the future to prevent scenarios in which a team widely celebrated for over-achieving against its budget isn’t punished to the extent that a driver has to instigate administration to save the team.

Force India’s future will likely be the talking point of the summer, and a large majority of F1 fans are genuinely hoping that the team can continue to operate under whatever guise reveals itself. A midfield team punching above its weight should be focusing on the next performance leap, rather than being rewarded with a seat on the edge of the cliff of existence.

Of course, any company can self-destruct through poor financial decision making, but there seems to be little surface evidence of this being the case. The redemption, for the moment at least, is that Formula 1 as a body is backing Force India. 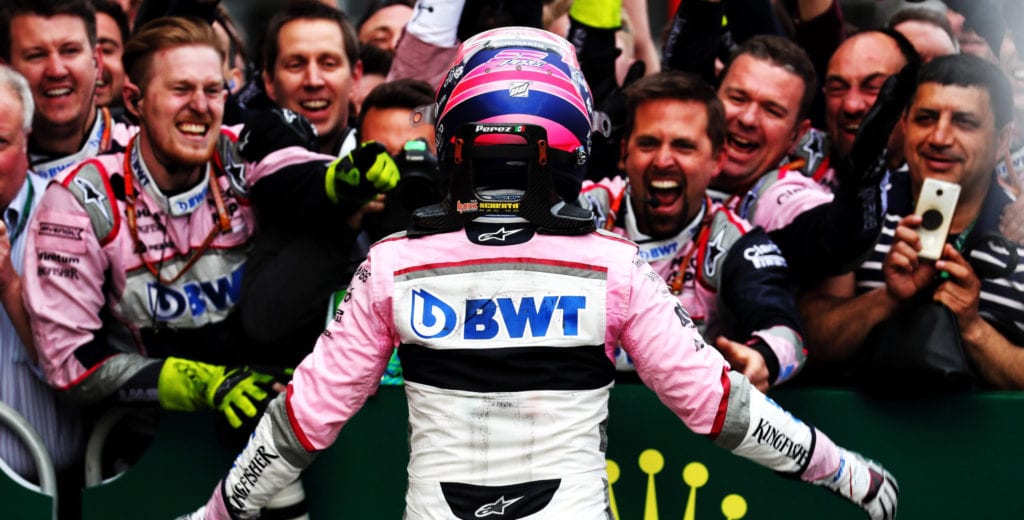