It’s been a few days since the collision and although both drivers have taken responsibility and the team has given them both a serious talking to, there will always be a question mark over who was really to blame. Was Ricciardo being too ambitious, or was Verstappen’s defence far too extreme?

F1 sporting director Ross Brawn has revealed that he thinks there was a third element at play – aerodynamics. He said:

“Once Daniel had settled for his line, and Max had changed direction blocking that line, the Australian became a passenger. The downforce loss experienced by Ricciardo in the wake of Verstappen’s car would have made it unstoppable. We often think of downforce in cornering, but the impact the extra grip has in braking is huge. Take away that grip in braking and what happened on Sunday was inevitable.”

He reckons it justifies the sports push to simplify aero from next year, as with less dependency on aero drivers will be able to attempt aggressive moves like Ricciardo did with less of a risk of ploughing into other drivers.

“While this was a very severe example, it did highlight once more the need of finding a way to develop the rules to make the cars more raceable in these conditions. The decision [to adjust the aerodynamic regulations] for the 2019 season is definitely an important step.

“It’s also important to note that the decision has been taken after an intense period of research into the FIA’s proposals, which were made with the support of Formula 1 and conducted by a majority of the teams. It showed good spirit and a good way of working together for a better and more spectacular Formula 1, which is what the FIA, Formula 1, the teams, and most importantly, the fans want. Bravo.”

Although Brawn described Ricciardo as a “passenger”, that doesn’t mean he thinks he was blameless in the collision and believes the punishment handed down to the drivers was correct.

“I don’t want to comment on who might be held responsible or how a team should manage these issues during a race, but I do think the stewards’ decision to reprimand both drivers was the right course of action.”

Dammit, Ross, you’re being too logical. You just know Bernie Ecclestone would have come out with some ridiculous comment about how the crash was actually Lewis Hamilton’s fault, and that it proves F1 could improve overtaking by introducing jumps in the braking zones or something. 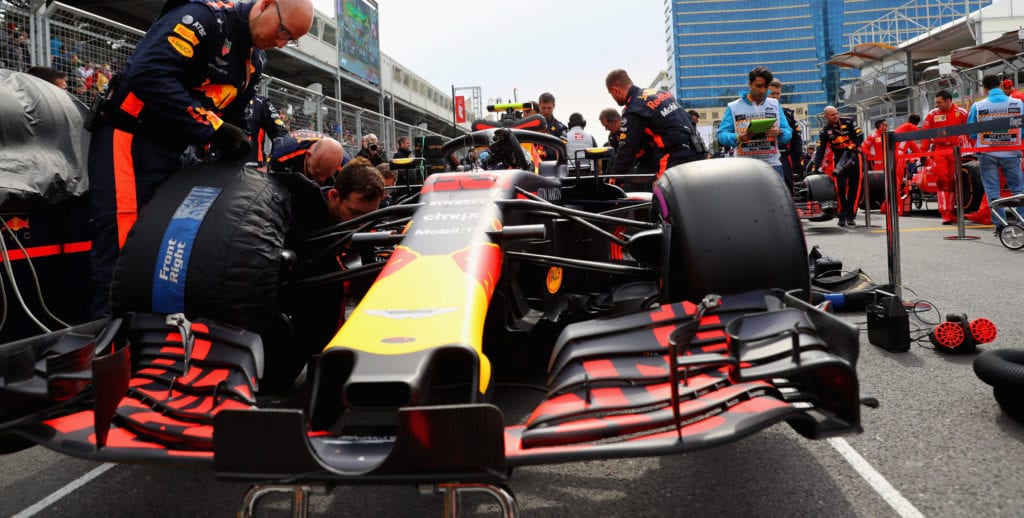