Brawn Thinks F1 Needs To Reassess Whether It Should Be Relevant To The Road Car Industry – WTF1
Skip to content
×
Formula 1 , News

For a long time there’s been a feeling that Formula 1 technology should attempt to mirror and influence trends in the road car industry. This was a huge reason behind the introduction of the current engine formula, as small-capacity turbo engines with a hybrid element were all the rage in road cars when F1’s 1.6-litre V6 hybrid units were first announced.

These engines have been somewhat unpopular however, as fans have been turned off by the lack of noise and requirement for drivers to save fuel during certain parts of the races, which some think goes against the spirit of the sport. The units are also incredibly expensive and complex, which has possibly prevented other manufacturers from getting involved, especially since a huge company like Honda has struggled so badly.

In 2021 the sport is set to introduce a new engine formula with the aim for them to be noiser, simpler, and cheaper than what we have at the moment. But with the road car industry rapidly heading towards all-electric and autonomous cars, F1 sporting boss Ross Brawn says a decision needs to be made over whether the sport should follow the industry or forge its own path. He said:

“The engine is the key element we have got to get right. Along with the FIA, the teams and interested engine suppliers, we’re debating that at the moment, to understand what sort of engine we want for the future. F1 is a little bit at a crossroads. The automotive world is going off on a different direction now, with fuel cell cars, electric cars, autonomous driving – and that’s not F1. How do we find the relevant path for the future?”

Whereas many fans would love to see a return to something more akin to the V8 or V10 era, surveys say that fans also think that technology is an important part of the sport, suggesting that there would also be dissatisfaction if the engines took a backwards step.

The teams and manufacturers are also in a difficult position, with major manufacturers looking for reason to justify their involvement, whilst some of the independently-run teams just after a simple a fair solution (Red Bull have already issued a quit-threat). Brawn acknowledged the difficulty in trying to come up with a solution that pleases everyone:

“We need a path that engages the fans – if we don’t have fans watching the sport, we have nothing. There is a careful balance between the technical challenge that we must retain in F1, because that is a really important element, but not overdoing it to the point where it becomes a distraction from the racing. I’d say the attitude is very positive from the teams. With the FIA, we’re working to find good solutions for the future.”

It’s seriously refreshing to see someone at the top putting the opinions of the fans first for a change. The problem is that F1 means different things to different people and trying to satisfy everybody invariably leads to compromises which satisfy nobody. It’s unlikely we’ll get any news on this for a while as Liberty Media have repeatedly said that knee-jerk reactions to problems aren’t good for the sport, but it’s an interesting set of circumstances.

Should the sport continue to push a technological curve that will satisfy the manufacturers at the potential risk of alienating fans? Or should it switch to a more ‘old school’ engine formula which gives us the things we loved about the sport a decade or so ago, but in the process jeopardises F1s image as the pinnacle of motorsport?

Ross Brawn isn’t joking when he says the sport is at a crossroads, and choosing the correct path with regards to the next engine formula could be critical to the future success of Formula 1. He’s a clever bloke though, and it wouldn’t be surprising if he found a way to go down both paths without any of the downsides.

What do you think? Is it more important for F1 to pursue its traditional role as the pinnacle of motorsport, or is it ok for it to sacrifice some of that in the name of being louder and more dramatic? Let us know in the comments! 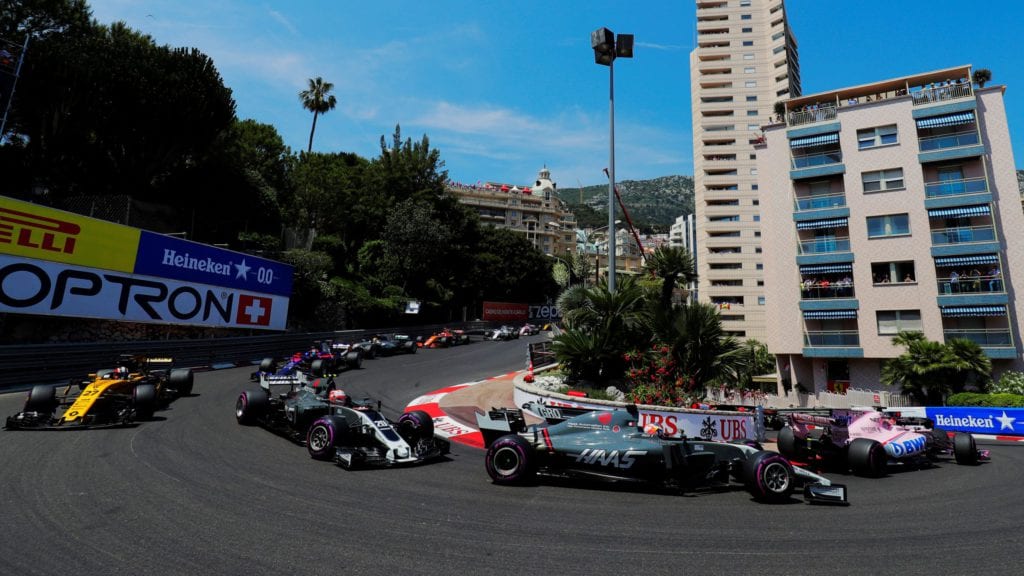